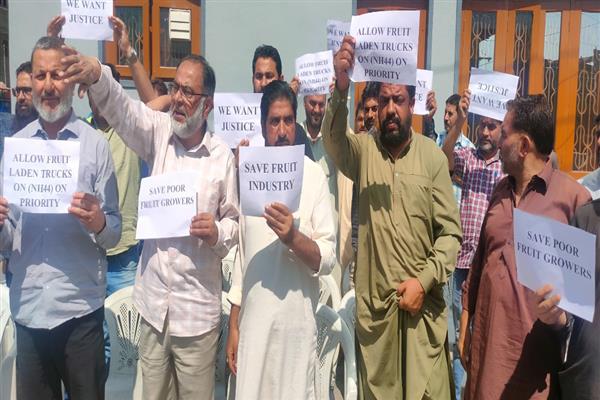 “During the protest relay it is agitated that apple and pear loaded trucks are allowed to ply on Srinagar-Jammu National Highway only for 3 hours and thereafter stopped in the way when it is not possible to pass the Qazigund/Lowermunda within a short spell of 3 hours,” it said.

“Since the Valley Based Fruit Growers/Dealers are extremely worried of late arrival of their fruits to respective destinations within the country with apprehension of heavy losses,” it said.