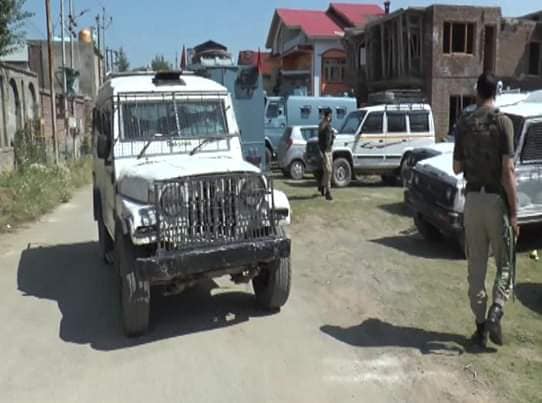 Srinagar, September 06: State Investigation Agency of Jammu and Kashmir Police on Tuesday said that it carried multiple raids at several locations across Kashmir in connection with militancy related case.

In a handout, the SIA said that continuing to rein in the networks of militant outfits, State Investigation Agency, Kashmir today conducted searches at multiple locations spread across valley. House premises of suspects in Awantipora, Shopian, Pulwama, Anantnag and Baramulla were searched in connection with investigation of case FIR No. 16/2022 u/s 13, 18, 19, 38, 39, 40 UA(P) Act read with 120-B, 121 IPC registered in Police Station CIK (SIA) Kashmir.

The spokesman further stated that the case pertains to a militant grid active in valley. Details that are being investigated into at the initial stage include masterminds in Pakistan who with active support of Pakistani Intelligence Agencies and in connivance with JeM organization(s) of JeM based in Pakistan have been activating their upper ground workers (OGWs) in J&K for initiating, organizing and executing militant activities in J&K.

The SIA claimed that the Pakistani masterminds have been comprehensively identified, the handout their particulars, however, are being kept confidential because other agents connected with them are not alerted.

During the searches, incriminating material, mobile phones and other articles having bearing on the investigation have been recovered and seized, he said.

Analysis of the data would follow and leads that would emerge would become the basis for further investigation, he said.

It is pertinent to mention here that the searches are aimed at dismantling the terror ecosystem in the valley by identifying over ground workers supporting and abetting militancy, reads the statement.