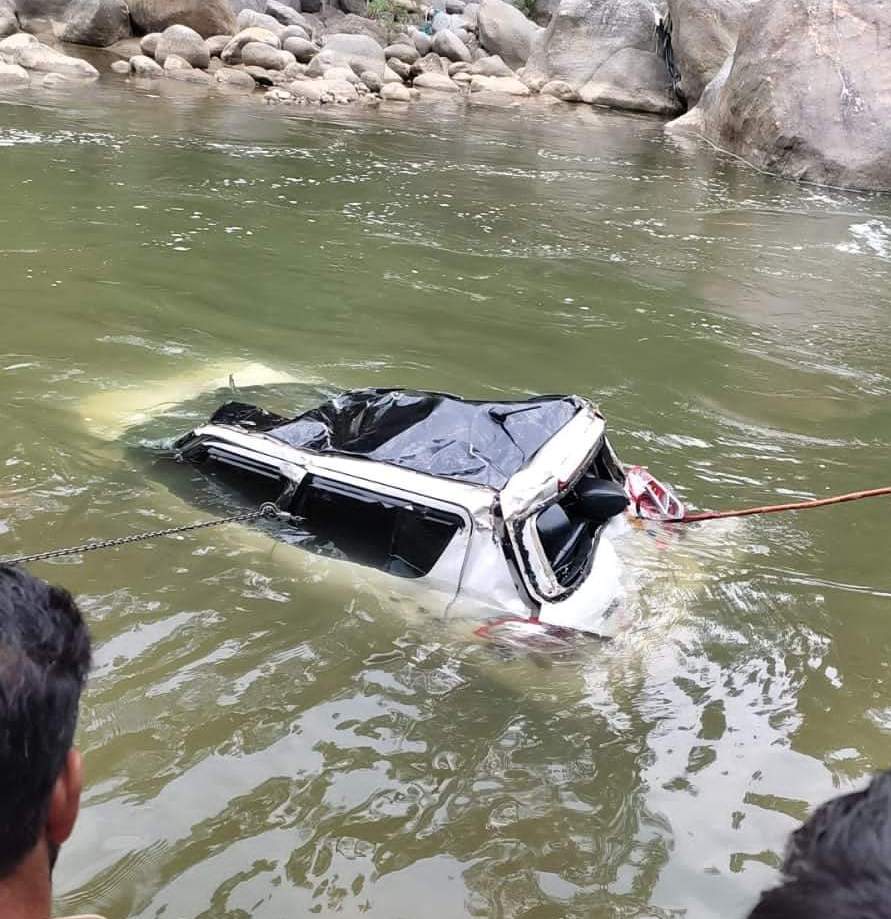 Jammu, Sept 5: Five people including a couple and a mother-son duo were killed while one person is feared dead in two accidents in Bhaderwah town of Doda district on Monday.

Official sources said  that in one of the accidents, an Alto vehicle (JK02AA-6186) skidded off the road and rolled down into a ravine near Galgander Pul Doda, leading to the death of four people and injuries to one person.

Soon after the information about the accident, they said, a rescue operation was launched by the locals and police.

While all occupants of the vehicle were removed to nearby hospital, four of them were declared dead on arrival by the doctors who attended upon them while one was admitted and is under treatment, they said.

In 2nd accident, they said, a Maruti swift car (JK14E-0630) driven by Ravinder Kumar of Bhaderwah, on way from Pul Doda towards Bhadarwah, skidded off the road near Mughal Market Parnoo sector Bhalla and rolled down about 100-150ft into Neru river. One person identified as Sajad Ahmad of Bhalara Bhadarwah died on the spot and one person, Piyush Manhas son of R Kumar of Himot Bhaderwah was injured and shifted to GMC Doda. Moreover, they said, the driver of the vehicle Ravinder Kumar is missing in the Neru river and there was trace of him when this report was filed. A police officer confirmed the casualties in both the accidents and told GNS that separate cases have been registered with regard to them.