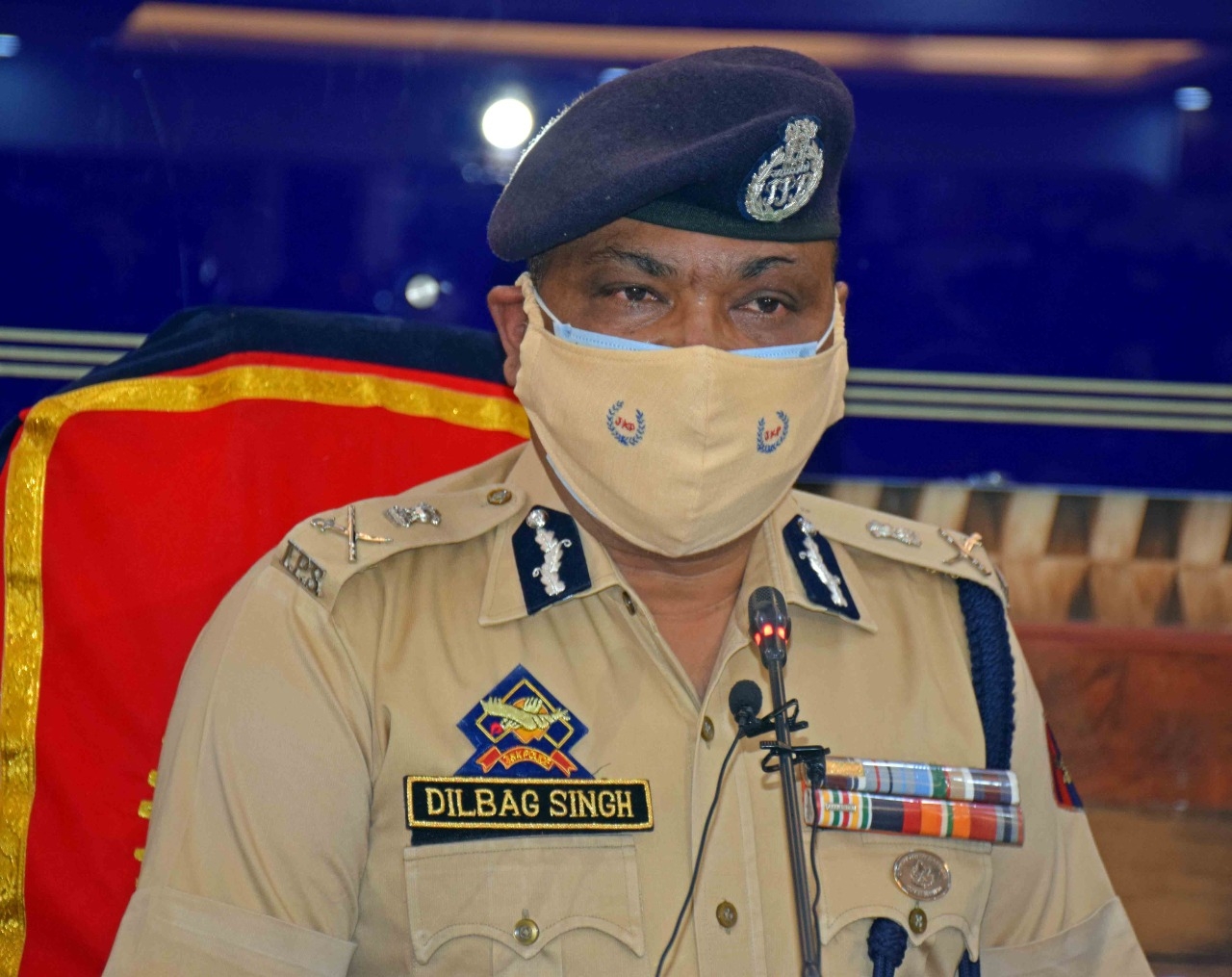 Kupwara, Sep 2: Jammu and Kashmir’s Director General of Police (DGP) Dilbagh Singh Friday said that the number of active militants is one-third of what the figure was three years ago and that the security forces will wipe-out remaining militants soon.

Talking to reporters on the side-lines of a security review meeting at northern district of Kupwara, the DGP Singh, who was flanked by ADGP Kashmir Vijay Kumar and other officers, said that militancy was on a decline in Kashmir.

“There is only one-third of the militants active in Kashmir of what the figure was three years ago,” he said.

As per the official figures, the number of active militants in Kashmir in 2019 was between 200 to 250.

He said that remaining active militants will be wiped-out soon as security forces are continuing intelligence based anti-militancy operations. About Kupwara, the DGP said that the district has largely contributed towards peace and today, it is the militancy free district of Kashmir.

Replying to a query about infiltration of narcotics into J&K, the DGP said that neighbouring country has been making continuous efforts to push in narcotics and pistol consignments through drones and other means. “We have seized a large amount of narcotics as the amount earned out of drugs is being pumped to fuel militancy. As far as pistol consignments, this is a tactical shift in militancy as carrying a pistol becomes easy compared to AK-47,” he said.

In reply to a query about infiltration, the J&K police chief said that the infiltration along the borders of remained negligible so far.

He, however, said that some infiltration attempts were made by Pakistani militants who have been severely suppressed by the alert security grid. “A few of infiltrators have been successful in crossing the LoC which we have discussed today in meeting with army officials and other security agencies,” he said.

The DGP said that the security grid on borders is very strong and needs to be more strengthened. He said that there are conspiracies from Pakistan to mislead the youth here. “We have suffered massive loss of life and property for a long time. Now it’s the time that we will make up for this loss by standing with peace,” he said while appealing the youth to follow the path of peace.kno