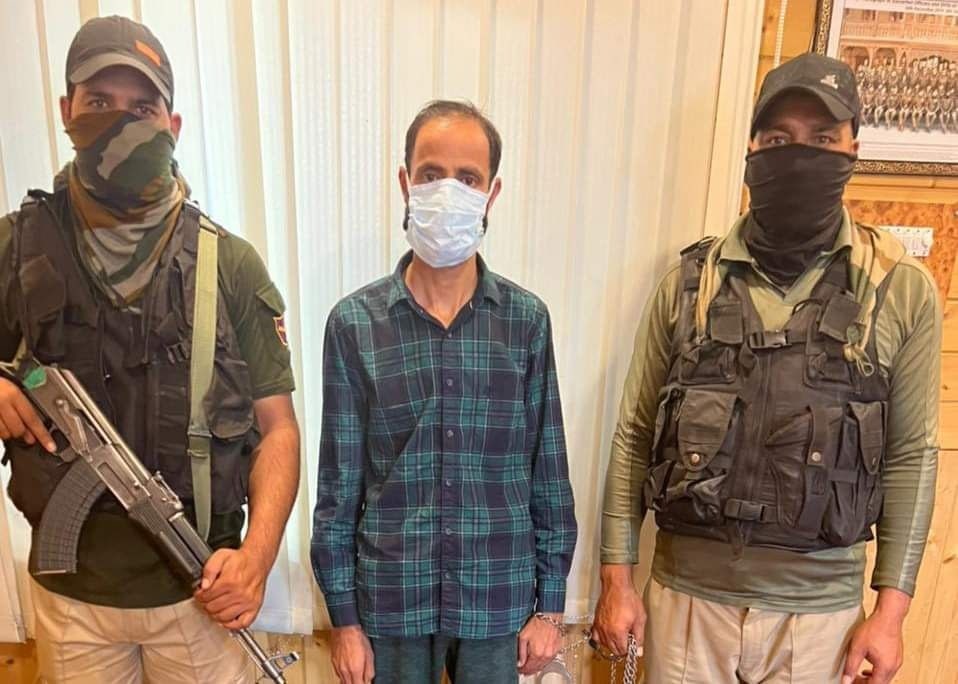 Srinagar,Sep 1: The Kothi Bagh police here in uptown Srinagar Thursday arrested a man on the charge of cheating job aspirants of lakhs of rupees by promising them jobs in Jammu and Kashmir and outside.

The alleged fraudster is Bashir Aziz Gagloo, a resident of Kursoo Rajbagh.

He is accused of having cheated dozens of job aspirants from Kashmir Valley to the tune of lakhs of rupees.

Sources said that the accused was made the naïve job aspirants believe that he is associated with the top brass of BJP and RSS leaders.

A formal FIR vide number 73/2022 has been registered against the accused who is behind the bars. (KNT)