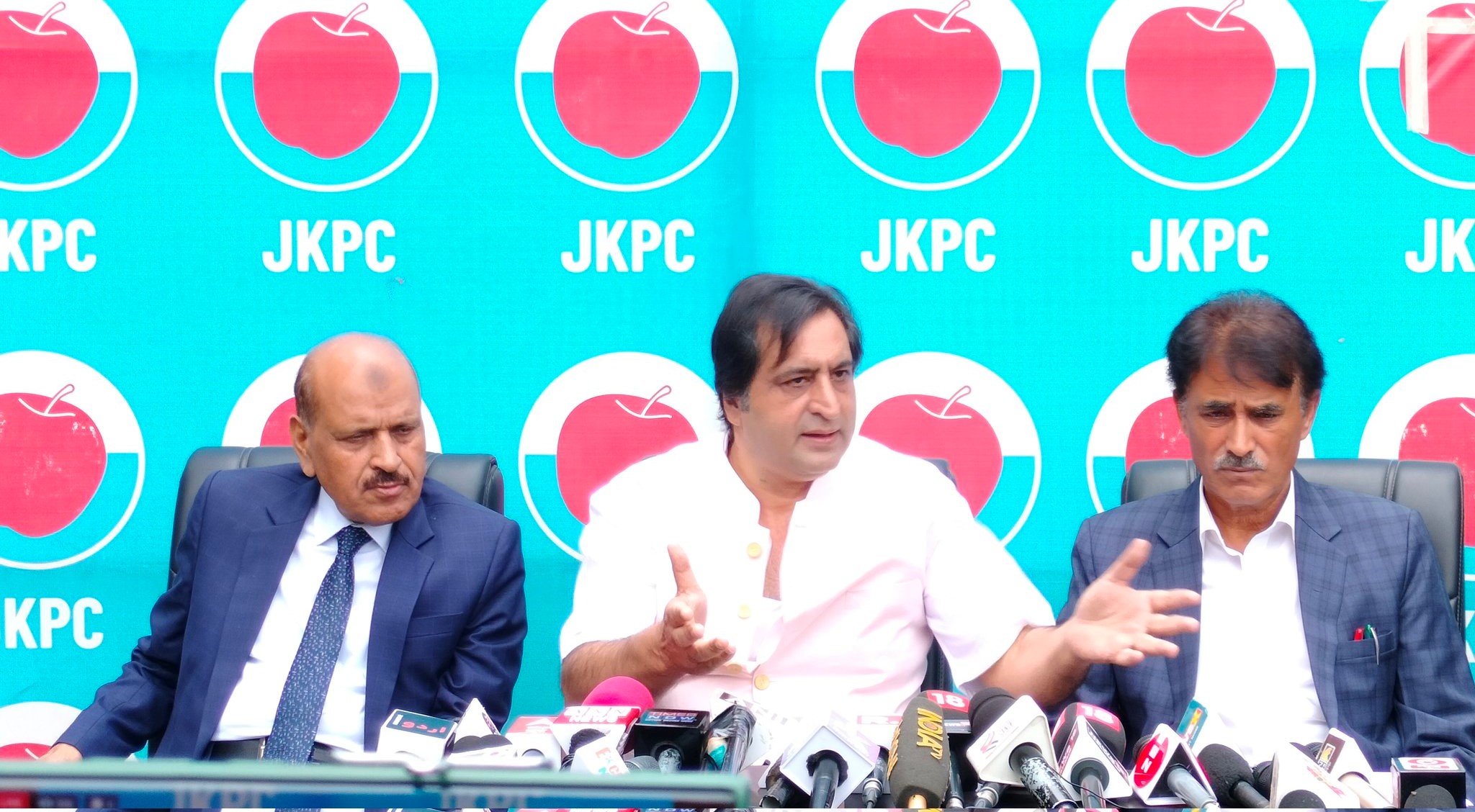 Addressing a presser at his Srinagar residence, Lone said that he was invited for the meeting.

“Politics apart, I have a lot of respect for Dr Farooq Abdullah. But the reality is that if the All Party meeting is taken seriously, the media would have no information about it,” he said.

He further said that “how much we pretend that everything is alright. We have been abusing each other almost every day.”

“I believe the outcome of the government move with regard to the voters will not change whether we attend the all party meeting or not,” he said, adding that “in future if Dr Farooq needs us, we will be just a call away, but Mehbooba Mufti desperate to retrieve her ground, will ask for All Party meeting, the time of Maharaja Hari Singh has gone.

“If we have to do something serious, then it should be done without the gaze of the media. Doing anything under the gaze of the media loses its relevance and it means point scoring. I don’t want to be a point scorer. If something concrete comes out, then we will also support them. If they feel any unfavourable outcome on October 01, then they should also support us,” he said.

Lone said they will sit on hunger strike before the Parliament and other constitutional bodies if there is an attempt by the Government to change the electoral demography of Jammu & Kashmir.

He  said that they will sit on a hunger-strike in front of the Parliament if the Government makes an attempt to change the demography of J&K.

“The law (Representation of The Peoples Act-1951) is not a threat to us but the intentions of the Government are a threat to us,” he said.

Lone said they neither accept the clarification issued by the Jammu & Kashmir nor they reject it.

“We will wait and watch and if there is an attempt to change the demography of J&K, we will go on hunger strike,” he said.

He said that he will not attend the all-party meeting called by Farooq Abdullah to discuss the issue of inclusion of non-locals into electoral rolls of J&K, saying they will support if anything concrete comes out of it.

“I don’t want to be a point scorer. If something concrete comes out of it, we will support it . They should also support our programme,” he said,

“The law is clear that the person must be a habitual resident of that place for a considerable time. The service voters (members of armed forces) can vote only for their native constituencies irrespective of their places of posting,” he said.

It is pertinent to mention that different political parties are meeting in Srinagar to discuss the issue of inclusion of non-locals in electoral rolls of J&K.  The meeting is being attended by NC, PDP , Congress and other parties. Former deputy CM Muzaffar Hussain Baig had said that he will also attend APM if he is invited. But he has not been invited to attend the APM.