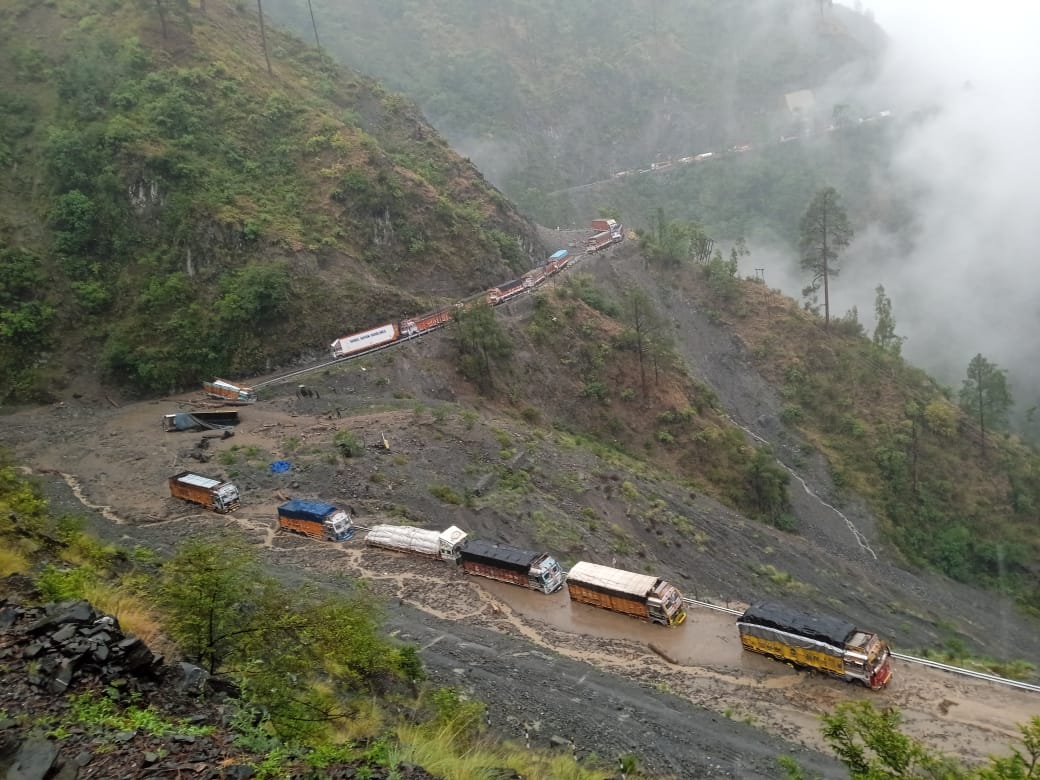 Ramban, Aug 17: Over 2000 vehicles remained stranded along the 270-km-long Srinagar-Jammu highway after the authorities decided to close the vehicular movement due to landslides and shooting stones, triggered by heavy rainfall in several places in Ramban district on Wednesday, officials said.

“The Srinagar-Jammu National Highway has been closed today for vehicular traffic due to landslide, shooting stones triggered by heavy rains at Cafeteria, Mehad, and other places on Ramban sector of the highway this afternoon,” an official said.

With the closure of the highway, over 2000 vehicles have been stranded at various places, along the highway, he said.

The men and machinery have been pressed into the service to clear the landslide and stone shooting in Ramban sector of the highway, the official said.

He said in case of good favourable weather conditions tomorrow, the stranded vehicles will be allowed to move to their destinations.kno