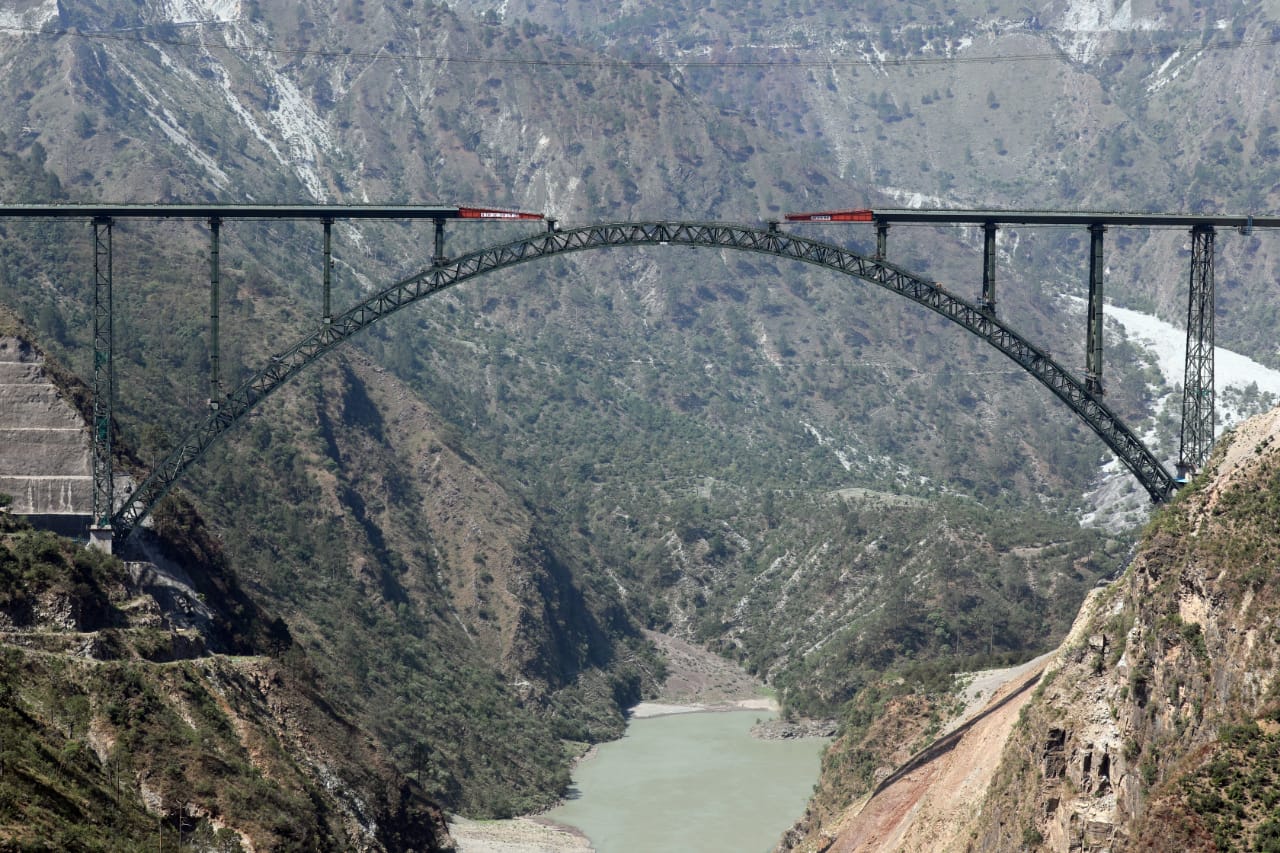 Jammu, Aug 13: The dream of direct train to Kashmir is all set to come true with completion of the ambitious Chenab Railway Bridge in J&K’s Reasi district, which is part of Udhampur-Srinagar-Baramula Rail Link (USBRL) project, Railway Officials said Saturday.

“The project will ink a new chapter in the history of Jammu and Kashmir. It’s not only a bridge but a link of development and prosperity,” Surender Mahi, Chief Administrative Officer (CAO) Udhampur-Srinagar-Baramula Rail Link (USBRL) on completion of Golden Joint Ceremony, said.

He said the Golden Joint is a process in which two portions were joined together in coordinated manners to make sure it fits perfectly and now we can safely say that the bridge is almost complete.

The CAO further added that after completion of the deck the track laying work to run trains and get the trials of the bridge will commence very soon.

Northern Railway has entrusted the construction of the iconic Chenab Bridge to Konkan Railway as an executing agency.

The main arch of the bridge is 467 metres linear length (curvilinear length is 550 metres), resting on two massive foundations on dolomite limestone hillock across mighty Chenab river. The overall weight of main arch is 10,619 metric tonnes.

The erection of the arch has been undertaken from both ends with the help of massive cable cranes of cumulative carrying capacity of about 35MT, using incremental launching by supporting cantilever portion with prestressed stay cables.

A National Accreditation Board for Testing and Calibration Laboratories (NABL) accreditation lab has been established at the site to facilitate the testing work.