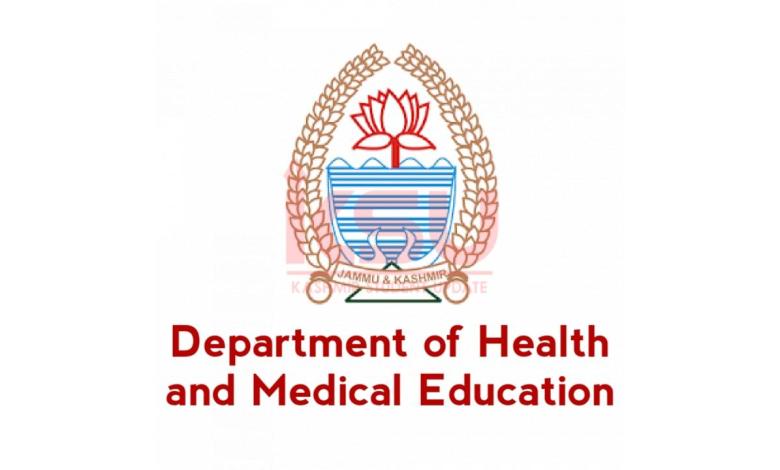 Srinagar, Aug 12: The Government on Friday asked doctors and paramedical staff to restrain from private practice during duty hours in Health Institutions and warned of “strict action” in case of any violation.

The government also sought monthly report from HoDs with the direction not to allow any doctor borne on the establishment of Health and Medical Education Department to indulge into malpractices, resulting into loss of Government exchequer and weakening of public services.

“It has been observed that certain Doctors borne on the establishment of Health and Medical Education Department are indulging into private practices during official hours as well as while they are on duty rosters in the Government Health Institutions,” reads a government order.

“This is in violation of Civil Services Conduct Rules as well as various guidelines issued from time to time and also goes against the ethics of public service for which the doctors have been appointed by the Government,” the government order noted.

It has also come to notice that certain doctors are recommending medical intervention in their private clinics instead of attending the same in the Government health institutions where they are posted, the order underlined.

“This results into loss of public exchequer under Ayushman Bharat/SEHAT scheme and hence tantamounts to offence under the provisions of Prevention of Corruption Act, 1988,” the government said, adding, “This is also to be construed a misconduct and violation of Civil Services Conduct Rules.”

It has further come to the notice of the Government that many Doctors are 3 indulging into private practice in other cities/towns which implies that they are not available at their places of posting in case any emergency arises, the government said.

“The doctors who are skipping their duties and indulging into private practices in other places is also being viewed very seriously,” the government order reads, and impressed upon all HoDs and DDOs not to allow any Doctor borne on the establishment of Health and Medical Education Department to indulge into these malpractices resulting into loss of Government exchequer and weakening of public services. “Strict vigilance shall be kept and such cases will be recommended for strict action by the Regulatory Authorities,” the order reads, adding, “These instructions shall also apply to Para-medical staff who are found indulging in same practices. Monthly report in this regard will be furnished by all HoDs.”