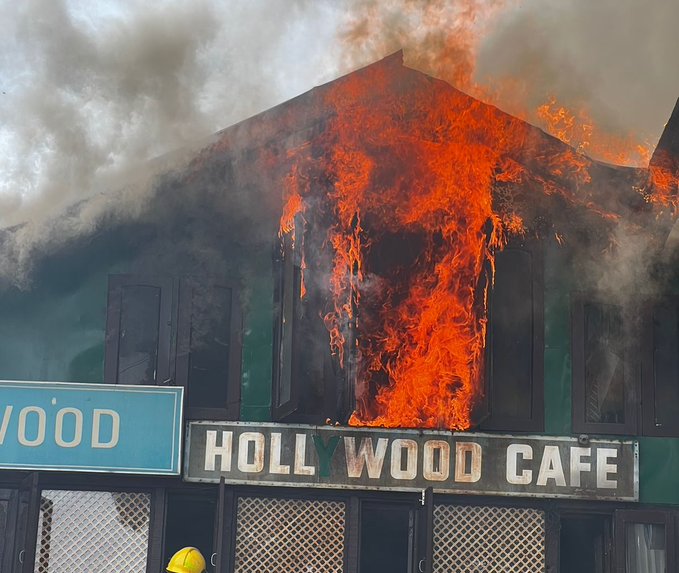 Srinagar, Aug 12: A restaurant and a bakery manufacturing unit suffered damage in a fire incident here on Friday afternoon.

Reports said that a fire broke out of a bakery manufacturing unit and soon after spread to a restaurant ‘Hollywood Café’ at a congested shopping complex in Regal Chowk. Several fire tenders soon after reached the site and launched a rescue operation, alongside people, to douse off the flames. After sustained efforts, the fire was contained and a major tragedy averted.

A Fire and Emergency Department official told GNS that roofing and upper storey along with raw material which includes bakery flour bags, oil tins and machinery besides fixed and loose furniture suffered damage in the incident.

“A departmental store by the name ‘Licas Departmental Store’ suffered indirect water damage in the incident”, the official said.