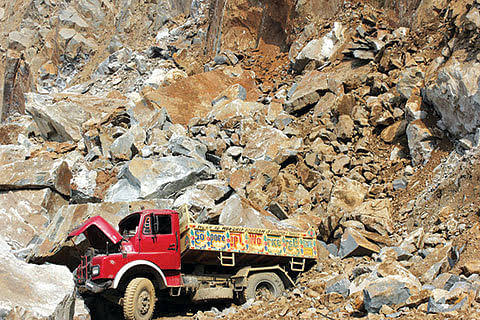 They said that the duo was near the stone quarry when several stones fell over them, resulting in their on-spot death.

The deceased duo has been identified as Hilal Ahmad and Zaffar Ahmad Gojri.