Pilgrimage to conclude officially on Aug 11 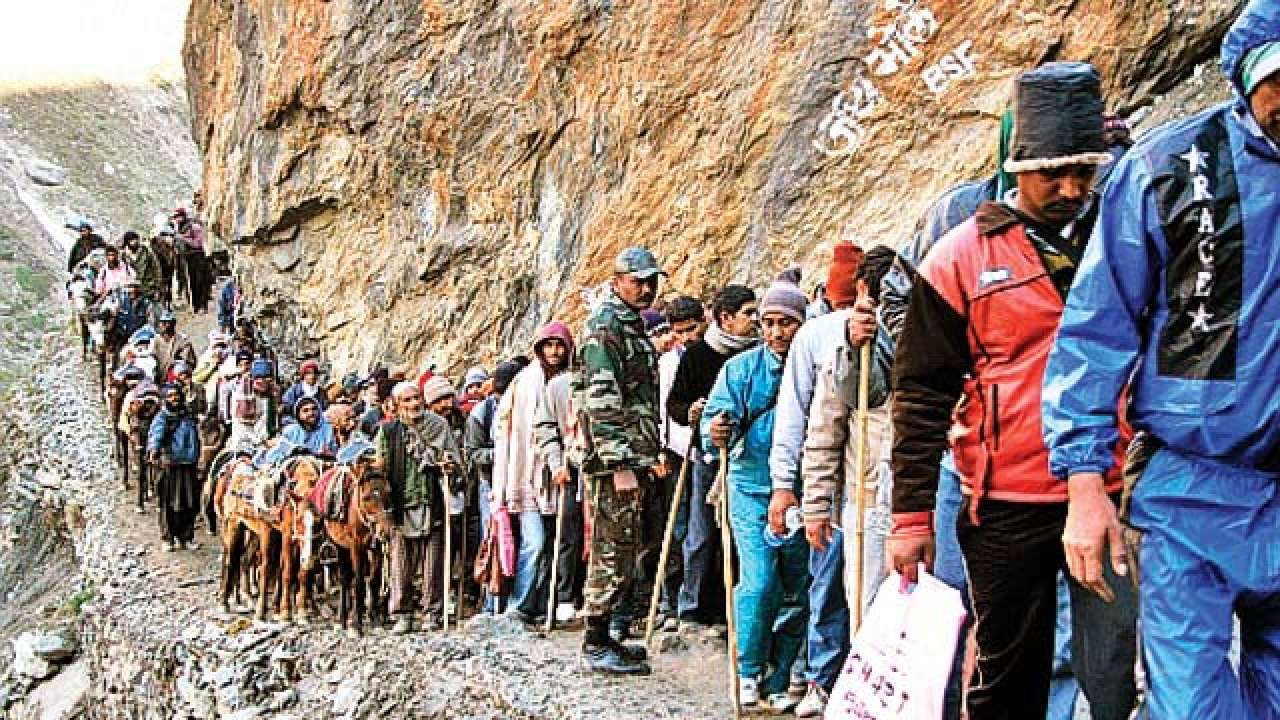 Srinagar, Aug 08: The Amarnath Yatra 2022 is finally inching to conclusion as sages are carrying Chadi Mubarak to holy cave while no fresh batches of Yatris left for Kashmir from Jammu in last three days. So far 3.10 lakh pilgrims have visited the cave shrine of Amarnath much less than what the J&K administration had expected.

Officials said that Yatra departure from Jammu Bhagwati Nagar base camp remained suspended for the third day on Monday due to a sharp decline in the arrival of Amarnath pilgrims.

An official of the Shrine Board said, if there would have been pilgrims available they can send another batch before the end of the yatra but no Yatri is coming here now so no convoy could leave Jammu for three days.

Bhagwati Nagar base camp has been looking deserted for the past few days, forcing the operators to end their services and according to officials it is likely that counters at Bhagwati Nagar will be closed from tomorrow.

On August 2, Jammu and Kashmir Lt. Governor Manoj Sinha appealed to pilgrims to visit the holy cave before August 5. He said that the authorities were forced to take such a decision due to bad weather. Officials said the yatra, which started from June 30 this year more than 3. 10 lakh pilgrims have visited holy cave this year besides that 51 Yatris have died during this pilgrimage, including 15 pilgrims who died in the cloudburst incident near Baltal on July 8.  This 43-day Yatra will officially end on August 11 on the occasion of Raksha Bandhan.

The Chaddi Mubarak has to reach the holy cave on 11th of August on Sharvan Purnima.  The 145 kilometre Chadi Mubarak Yatra starts from Dashnami Akhara in Srinagar.

During the yatra route, sages perform hawans at Pampore, Bijbehara, Anantnag, Mattan, Aishmuqam and finally at Pahalgam where the procession takes rest for two days before proceeding to Amarnath holy cave.

They said sages along with Chadi Mubarak will spend the night at Pahalgam on August 7 and 8, while at Chandanwari on August 9, Sheshnag on August 10 and Panchtarani on August 11.