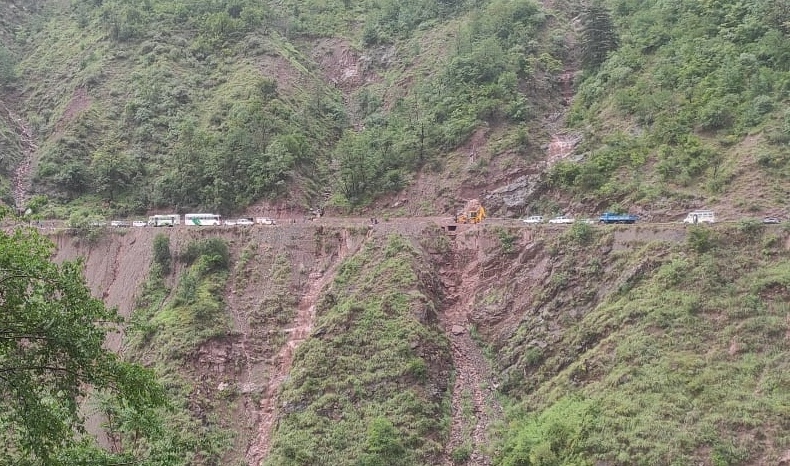 Uri, Jul 28: The Srinagar–Muzaffarabad road has been suspended for all sorts of vehicular traffic as incessant rains have triggered landslides at several places along the 123-Kilometre road.

An official said  that landslides have blocked the road at several places, especially near Uri. “We have roped in men and machinery to clear the road of the debris and restore the traffic movement at an earliest”, the official said.

Several dozen vehicles have been stranded on both sides of the road.gns