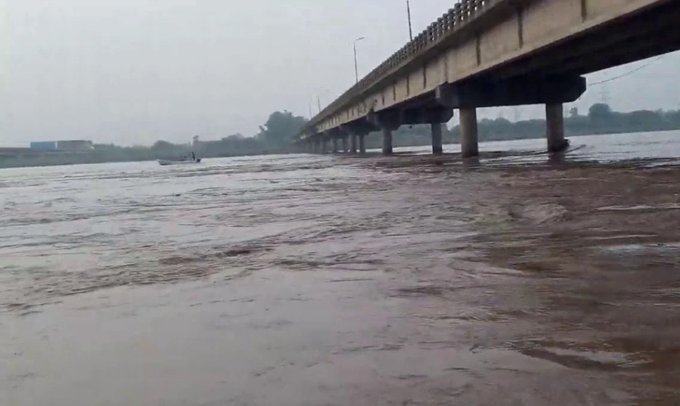 An official said that water level of Chenab, recorded at 09:15 AM, was at the danger mark level.

He said that due to nightlong rainfall in the Jammu province, all the tributries feeding water to Chenab got flooded.

The official further informed that alert mark for water level in the river is 32 feet while 35 feet is danger mark, at which the river is flowing currently.

Meanwhile, administration has issued helpline numbers for any assistance and also asked the people to stay cautious. kno