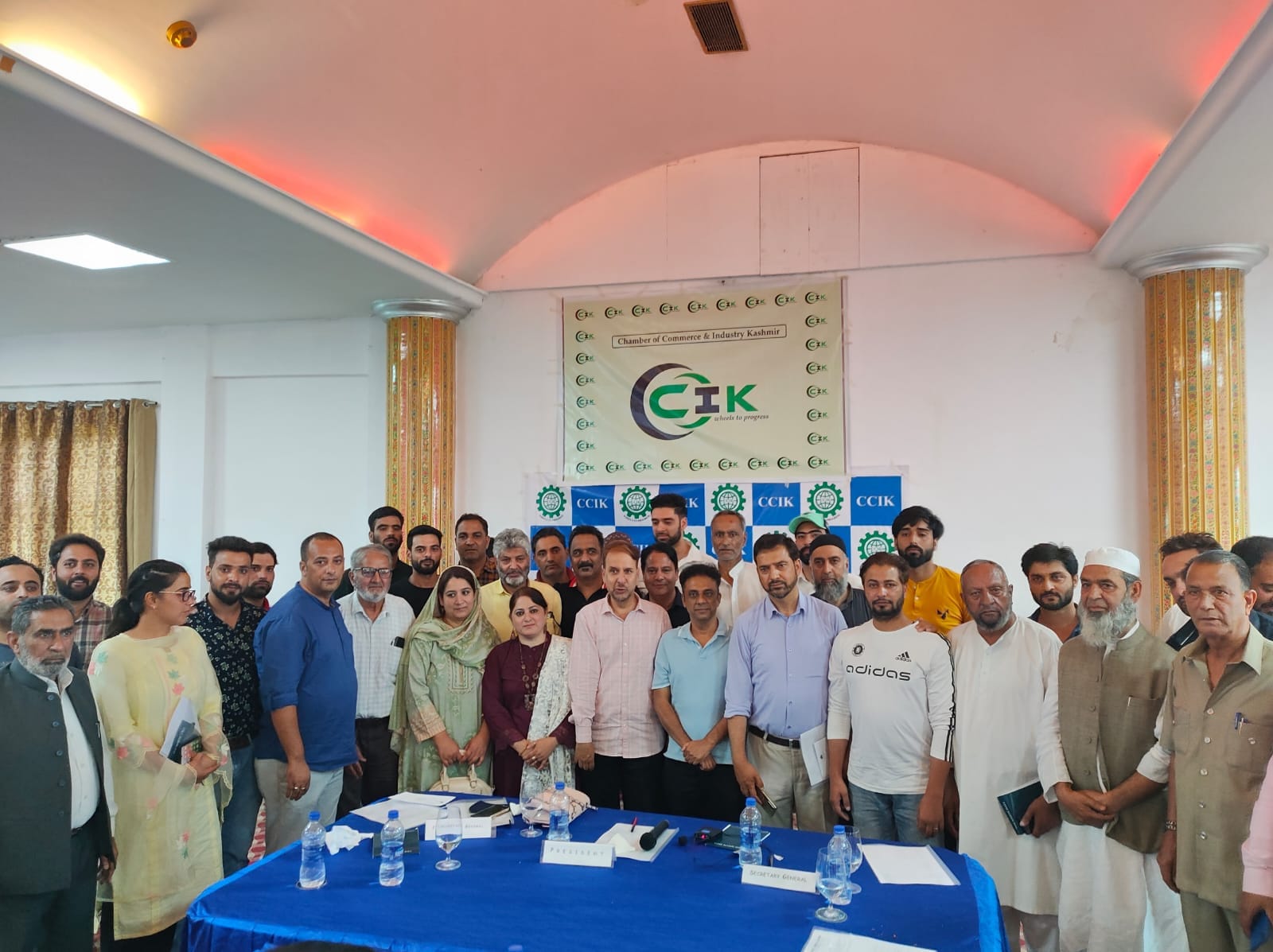 During the EGM, besides it’s members, many new young entrepreneurs participated to express their views about the business atmosphere in the Jammu and Kashmir.

During the meeting it was resolved that no fake handicraft products would be allowed to be sold in the Valley.

The members said to protect the Kashmir handicraft it was necessary for the government to ban fake handicraft.

It said government should not consider power tariff hike and also roll back GST so that benefits reach to common people.

The CCIK members also demanded that Transport Nagar should be developed on modern lines.

The members also stressed on prioritising education sector by upgrading it to international level standard by introducing modern education aids in the schools.

It was also observed that many youth are willing to take up business and shun employment by investing in many economic sectors.

The members demanded that such youth should be hand held by the government through various incentive based schemes which should be approved through single window system.

Besides it was resolved that tourism is one of the mainstays of the economy in the union territory and government should allow reconstruction or repair works of hotel properties at poplur tourist resorts like Gulmarg, Pahalgam, Sonmarg, Srinagar etc.

The members also demanded that tourism should be given industrial states and benefits of industries should be passed on to its stakeholders.

It was also observed that Kashmir’s environment is very fragile and many steps needs to be taken to preserve it including making the Valley polythene free region.

The CCIK President said AIIMS for Kashmir needs to be reconstructed on fast track basis besides improving the health sector at district level.

The young entrepreneurs who participated in the meeting expressed happiness with the CCIK management and assured full support to it so that they also get benefitted from the chamber activities.