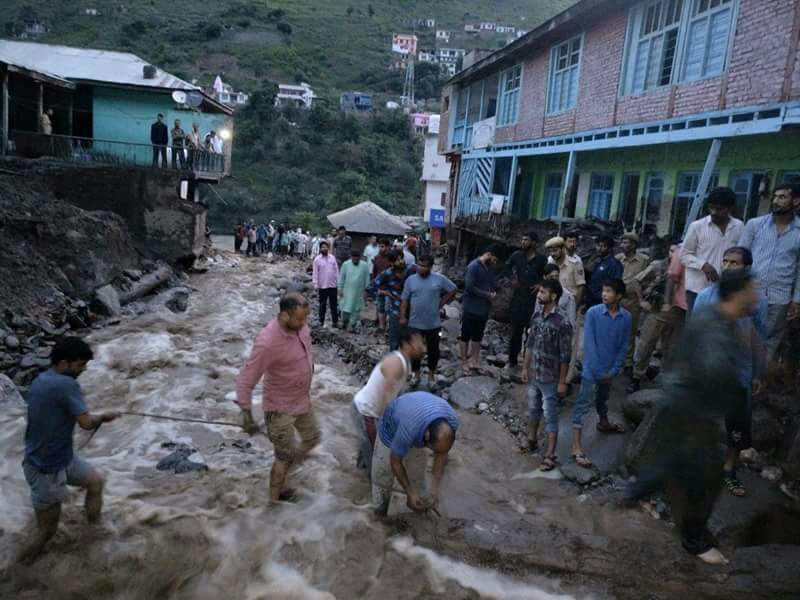 Srinagar- Two residential houses and a shop were among several structures that got damaged due to cloudburst amid heavy rainfall in Kahara area of Doda district of Jammu and Kashmir.

News agency KNO quoting officials reported that a private education institution, a Tourism Reception Center, two flour grinder mills, one traditional water based flour grinder, one shop, two residential houses, one bridge and approach road of Tourism center are among the structures and other valuables that got damaged in the cloudburst incident in the intervening night of Tuesday-Wednesday.

Divisional Commissioner, Jammu, informed that Deputy Commissioner Doda along with SSP took stock of situation at the site and no loss of life has been reported.

“The men and machinery has been mobilised and directions were issued for immediate damage assessment,” Divisional Commissioner stated.

Some houses, private school, TRC received damages while SDM and Tehsildar are camping at site, he further said.