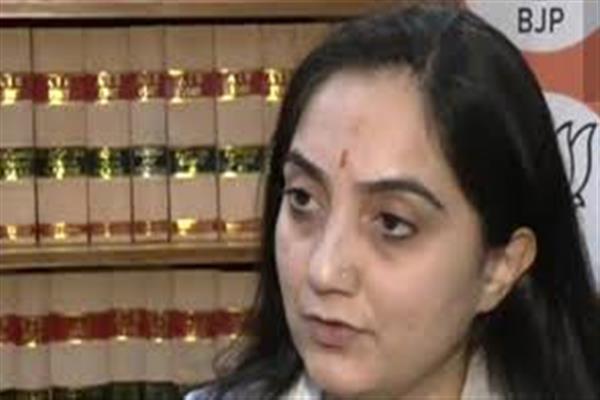 Srinagar, July 01: The Supreme Court of India on Friday blamed suspended BJP leader Nupur Sharma for igniting tension by her comments on Prophet Muhammad (SAW) and said she should “apologise to the whole country”.

Reports said that Supreme Court told Nupur Sharma that she should apologise to the nation for her comments, as she is single-handedly responsible for what is happening in the country.

“The way she has ignited emotions across the country. This lady is single-handedly responsible for what is happening in the country,” the top court observed.

Nupur Sharma’s offensive comments, made during a TV debate earlier this month, sparked a massive protests in India and several Gulf countries summoned Indian diplomats to issue severe reprimands. On Tuesday, a tailor, Kanhaiya Lal, in Udaipur, who had backed Nupur Sharma in a social media post, was murdered on camera by two men who said they were “avenging an insult to Islam”.

“We saw the debate on how she was incited. But the way she said all this and later says she was a lawyer it is shameful. She should apologise to the whole country,” said Justice Surya Kant.

Nupur Sharma had requested the court to transfer the multiple FIRs filed against her across the country to Delhi, citing threats.

Her lawyer said she had not used her name on the petition because of the threats. (KNS)