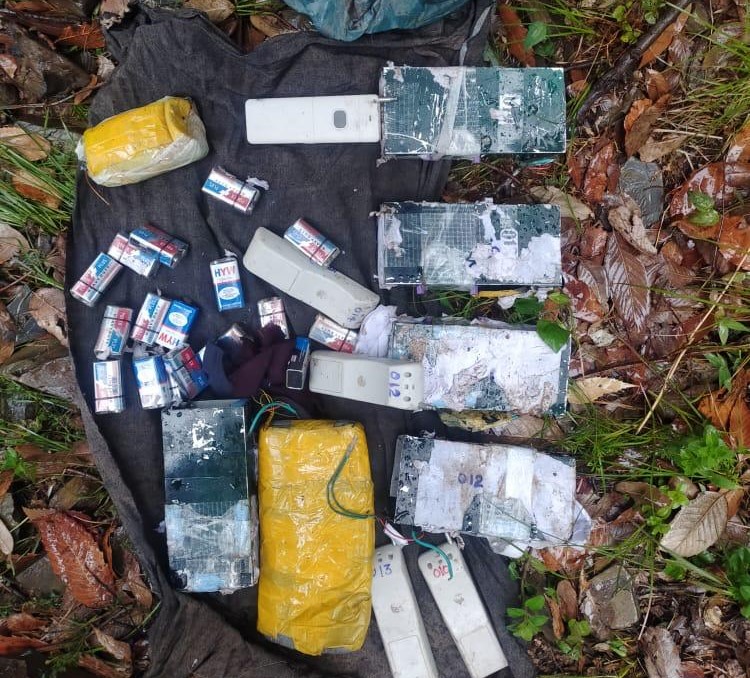 In a statement, the police said Kotranka and Budhal Blast Case Kotranka town was rocked by twin blasts on 26th March this year and another blast on 19th April this year in which total two people were injured.

These individuals, working on the directions of their PAK based handlers received weapons, ammunition, explosives and later used these IED’s to trigger blasts.

It has surfaced during preliminary investigation that this group is headed by Talib Hussain Shah has collected three consignments of arms, ammunition, explosives from Lamberi-Kalakote area in the months of January, March and April , 2022, the police said.

Two accused namely Mohd Shabir and Mohd Sadiq have been arrested and the third accused Talib Shah is absconding. Talib shah is the commander of LeT in general area Rajouri. He is the mastermind of all militant activities in Peerpanjal area.

It has also come to fore that this group was also sheltering a few Kashmir based active militants of LeT outfit in general area Kandi-Budhal and were making efforts to revive militancy in Peerpanjal Districts, police said.

The arrest of two associates of Talib is a big blow to the militant outfit LeT, police said.

During preliminary questioning, the arrested accused disclosed that they had hidden some explosive materials at Jungle in Draaj area. During searches of the area conducted by Police and 60 RR, following items have been recovered five IEDs, five Remote control, nineteen Power source (cell), one Cover/wrap, one Cloth piece and ten Fuse, he said.

Arrest of Talib is very crucial in solving many militancy, criminal cases that have occurred during past few years in Peerpanjal area.

Reward anyone sharing credible information leading to arrest, apprehension, ops of Talib shall be Suitably rewarded, reads the statement.