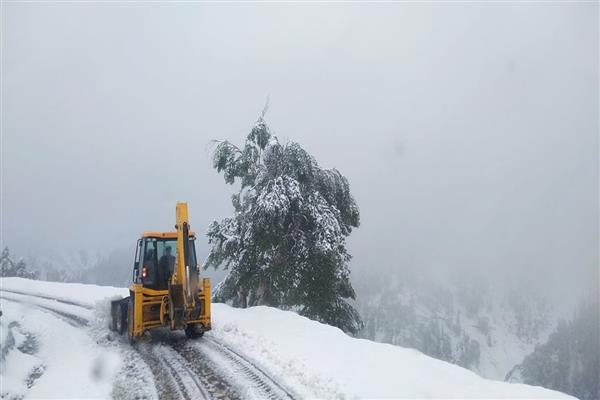 An official said that Razdan Top has received around one and half inches of fresh snowfall due to which traffic movement on the road has been temporary closed.

He said that some parts of higher reaches of Gurez valley including Tulail have also received fresh snowfall.

The official added that Border Roads Organization have pressed men and machinery into service to clear snow so that road can made through for traffic.kns