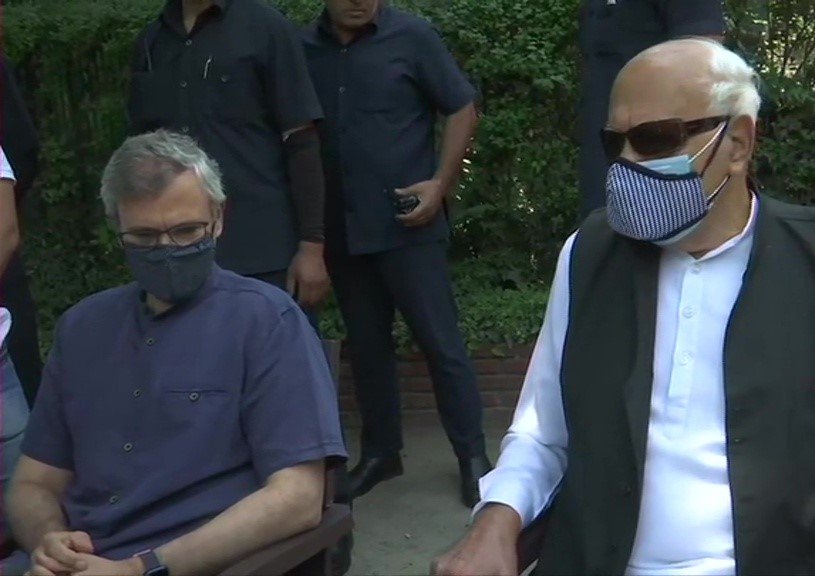 In his tribute to Mirza Mohammad Afzal Beg, Dr Farooq said, “An ardent ally of Sher e Kashmir in his struggle for the restoration of people’s rights and honour, Beg sahib played a defining role in the realization of progressive and pro poor objectives of National Conference. A commanding figure in Kashmir Politics, Beg sahib was an astute politician endowed with numerous virtuous qualities. He will be remembered for his heroic struggle towards alleviating the suffering of the people of J&K by contributing to the land to tiller reforms and the abolition of big landed estates. I pay my earnest tributes to him on his death anniversary. May he be bestowed with the highest echelons in Jannah.”

Paying tributes to Khawaja Ghulam Mohi Ud Din Shah, Party President said, “His association with National Conference and Sher e Kashmir was underlined with unquestionable loyalty. He played a pioneering and crucial role while serving the party and the people of J&K in various capacities; a great mind and an exemplary statesman; he was driven into politics by his resolve to serve the people of J&K. He played a key role in the framing of various pro peasantry and pro poor legislations. An institution he was in himself. I pay my tributes to him on his death anniversary. May almighty bestow upon him the highest echelons in Jannah.”

Omar Abdullah while paying tributes to Mirza Muhammad Afzal Beg, and Khwaja Ghulam Mohi Ud Din Shah said, “The contribution of both the party stalwarts in scripting a glorious era of service and sacrifice would go down in the history as laudable illustration of statesmanship and leadership. The National Conference firmly stands on the bedrock of service and sacrifice of such great visionaries as late Beg Sahib and Late Shah Sahib; I pay my earnest tributes to them and pray for eternal repose to their souls. May the Almighty grant the highest stations to the duo in Jannah.”