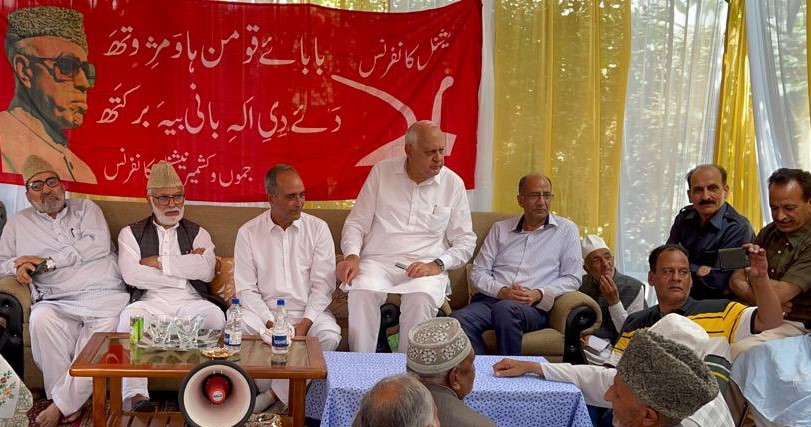 This he said while addressing workers and functionaries at one day block level meeting in Hazratbal constituency.

In his address Dr Farooq said that the consequences of 5th August can only be judged by looking at the depths of torments faced by the people of J&K on every front.

Appreciating the workers for rallying round the party during the most trying times, Dr Farooq asked them to prepare for future challenges.

“We are facing an alarming situation that has arisen out of the August, 5 2019 undemocratic and unconstitutional decisions. The government’s efforts to force peace in Jammu and Kashmir have miserably failed. Even at the hour of pervasive fear in a sensitive region like that of ours, people who run the show from New Delhi have failed to see the wisdom of local democratic forces, the real stakeholders in Jammu and Kashmir. It has failed to make earnest efforts to establish a set up here that rests on the active will of the people of our people in Kashmir, Jammu, Chenab, and Pir Panjal,” he added.

“We tried to persuade the ruling party to bring about a change in its approach with regards to Kashmir but they didn’t listen to us. Now they are struggling with their failures. Neither there is peace, nor any visage of development here,” he said.

He said that the party’s mission is to protect the relationship with the Union which was built upon the constitutional safeguards that respected the unique identity of the people of Jammu and Kashmir.

“We are fighting legally and democratically. We are also reaching out to political forces across the country to help us in our fight to get back our rights,” he said.