Two Killed As Load Carrier Goes Off Cliff In Ramban 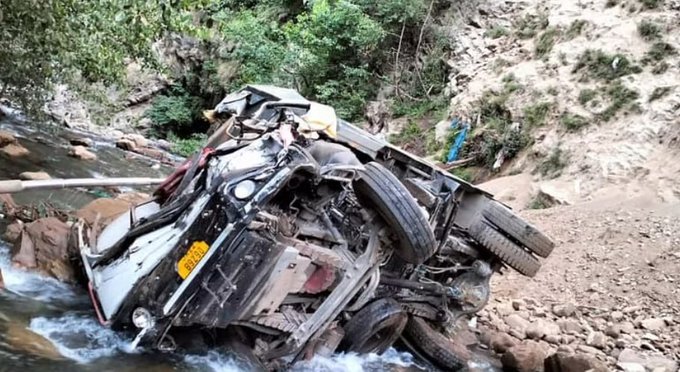 Jammu, June 4: Two persons were killed when a load carrier fell off the cliff while driver was positioning it to unload ‘malba (debris)’ in Ramban district on Saturday.

Officialsaid that at about 05: 30 hours, the load carrier (JK22B-9290) driven by one Tariq Ahmed son of Mohammad Hussain of Ramban rolled down about 150 ft from the road into a river at Kunchi area. The driver and another person namely Suneet Singh son of Doulat Ram of Kunchi died on the spot, they said. The incident happened when the driver lost control over vehicle while reversing it to unload malba (debris), they said.