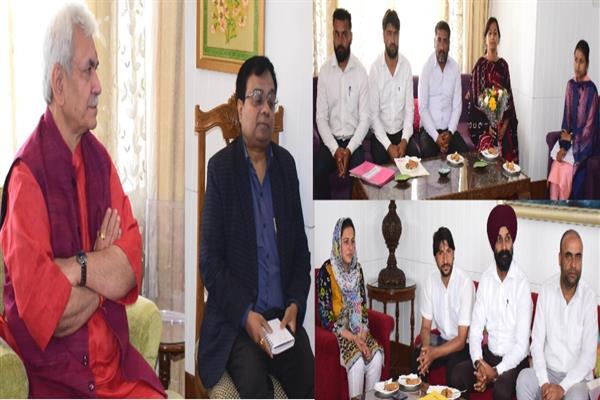 The members of the delegation apprised the Lt Governor about their concerning issues regarding the apprehension of disengagement and submitted a memorandum of their demands pertaining to the regularisation of their services, salary enhancement, etc.

The Lt Governor, while interacting with the members of the delegation assured them that all their concerns and issues will be addressed appropriately.

He also said that Rehbar-e-Khel and Rehbar-e-Janglat employees should not get misled by the false information doing rounds in the media.

“The Government is not considering disengagement of Rehbar-e-Khel and Rehbar-e-Janglat employees, the Lt Governor said.

The Lt Governor directed Principal Secretary GAD to address all the genuine concerns and issues projected by the delegation, on priority.