Delimitation Commission’s final order to be laid before Lok Sabha 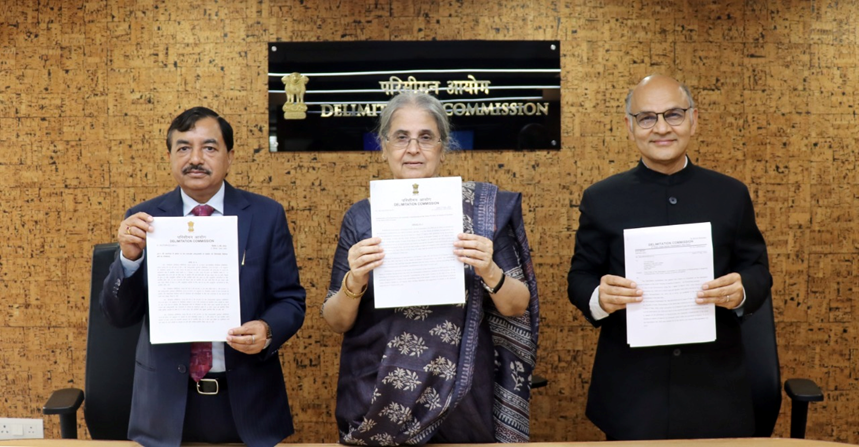 Srinagar, May 16: The new electoral map of J&K would be laid before the Lok Sabha and the Legislative Assembly of Jammu & Kashmir Union Territory as and when it is constituted.

Officials said  that the final order of delimitation commission headed by former Supreme Court judge Justice (retd.) Ranjana Prakash Desai would be laid before the Lok Sabha and the Assembly of J&K UT.

“The order would be tabled in the LS just for information,” they said, adding that no modification can be made by the Parliament in the Commission’s final order.

According to the Delimitation Act-2002, every order made by the Commission shall be laid before the House of the People and the Legislative Assemblies of the State concerned.

The ECI has already said the Centre would first appoint a date from which the delimitation order would come into effect, after which it would have to rationalise the polling stations and revise the electoral rolls.

It is pertinent to mention that orders of the Commission have the force of law and cannot be called in question in any court.

In its final order, the Commission allotted six new assembly seats to Jammu and only one for Kashmir.

The panel has reserved nine assembly seats for STs for the first time and seven for SCs. It is worthwhile to mention that the Constitution of erstwhile Jammu and Kashmir State did not provide for reservation of seats for the Scheduled Tribes in the Legislative Assembly. kon