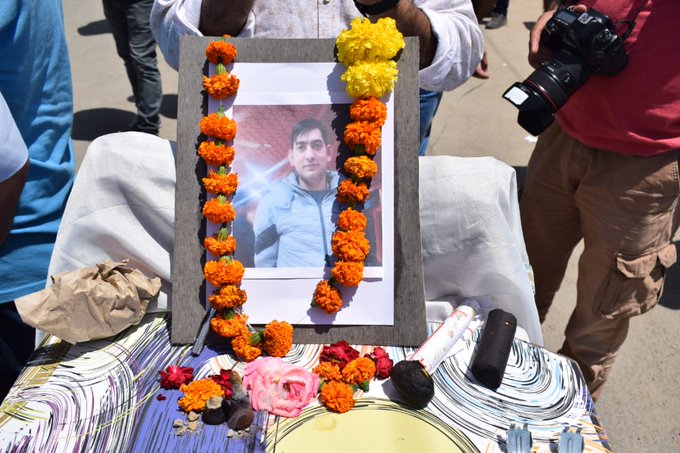 The delegation had come to attend the last rites of Rahul Bhat who was killed by militants at Tehsil office Chadoora in Budgam on Thursday.

Eyewitnesses told news agency Kashmir News Observer that soon after the BJP delegation reached the site, a number of Kashmiri Pandits confronted them and alleged the ruling BJP of leaving KPs on God’s mercy.

The members said that BJP has done nothing to safeguard Kashmiri Pandits in the valley and now the situation is so bad that  militants barged into Tehsil office and killed a member of their community.

“Our people are made to serve in far flung areas with no security cover and they have been left on God’s mercy,” they told the BJP delegation.

They also accused that the government has done nothing to save the life of Kashmiri Pandits in the valley.

“We demand immediate shifting of all KP employees from the valley to Jammu and also to create special safe houses for them in Kashmir,” they said.

The police officers later intervened in the situation to keep it under control. kno