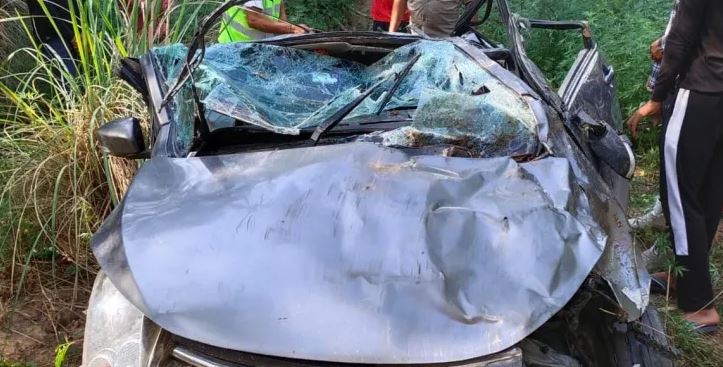 Srinagar 06 May: Three persons, including a driver, who were traveling in a vehicle met with an accident near Jambhu Zoo in the police jurisdiction of Nagrota Jammu, resulting in their on spot death.

Official sources said that the vehicle bearing registration number PB6SAF-4794 was on its way from Udhampur towards Jammu rolled down into a deep gorge near Jambhu Zoo. In the incident, the three persons identified as Gurdeep Singh son of Gurtej Singh, Sham Lal son of Bhadur Ram and Vikas Kumar son of Ranjiit Kumar, all the residents of Punjab died on spot, they said.

Following the incident the dead bodies were shifted to GMC Jammu for medico-legal formalities.

A police officer said a case under Fir no.178/2022 under section 279/304-A IPC stands registered at Police Station Nagrota. kdc