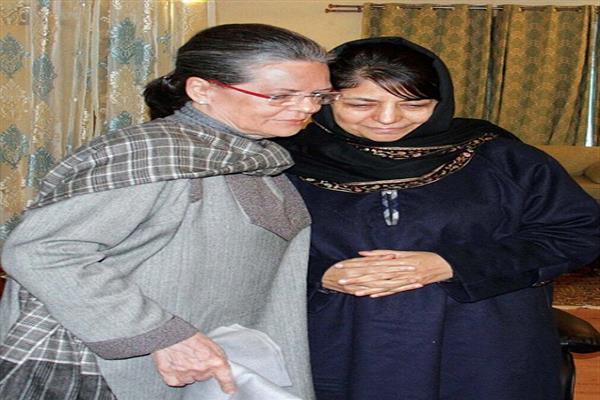 Meanwhile, Mehbooba Mufti  described the meeting as a “purely personal courtesy call” and it has nothing do with politics.

She added that she wanted to enquire about her health as Sonia Gandhi was not keeping well for sometime.

Notably, this is the first meeting between the two leaders after the abrogation of Article 370 on August 05, 2019.

The duo had met in 2016 when Mehbooba Mufti took over as CM of erstwhile state Jammu and Kashmir after demise of her father and former chief minister Mufti Mohammad Syed. kns