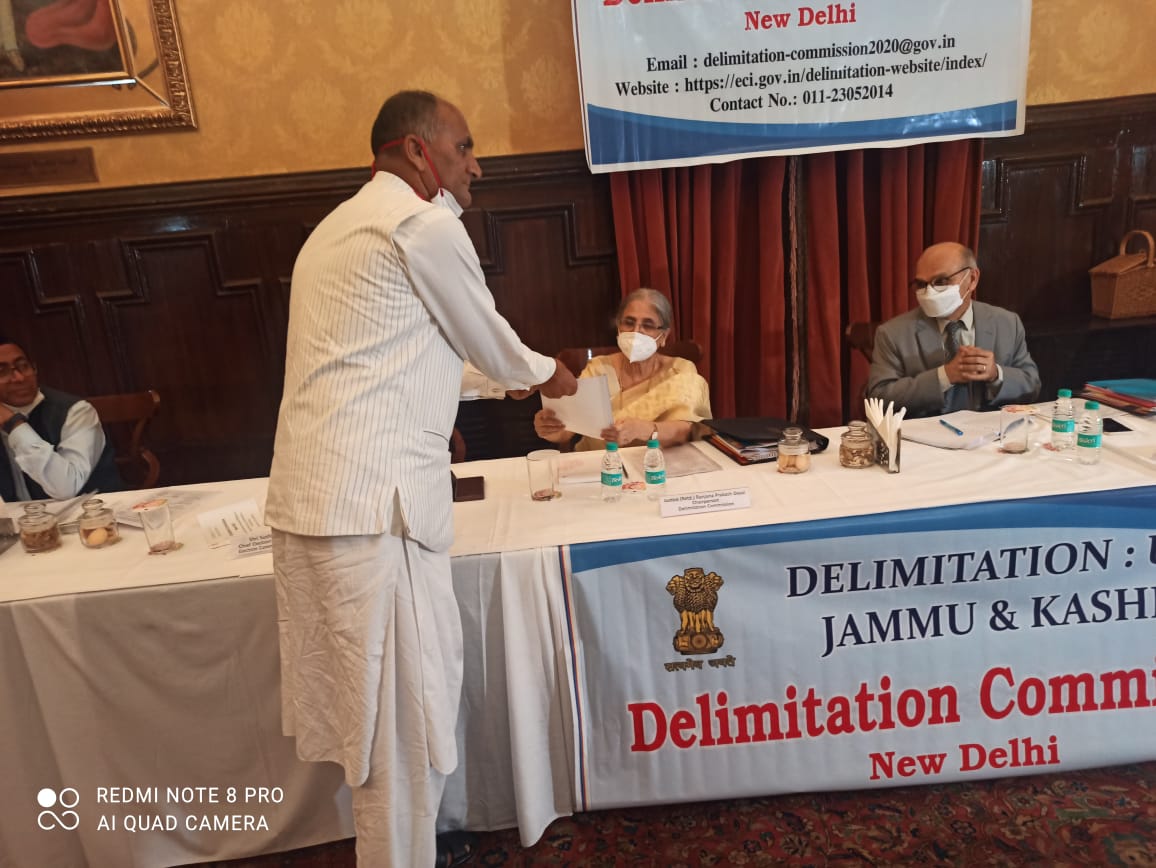 Jammu, Apr 04: The delimitation commission constituted by the Central Government to redraw J&K’s electoral map on Monday met different delegations in Jammu region to consider their suggestions/ objections over the draft report put in public domain.

The panel would hold a similar public sitting in Srinagar tomorrow.

According to report, the panel faced protests from Congress in Jammu as its leader walked out of the venue and boycotted the meeting.

The Congress leaders claimed that the party was not invited to the meeting and their leaders were invited in individual capacity.

A team of senior Congress leaders comprising Ravinder Sharma, chief spokesperson, Yogesh Sawhney, former minister & general secretary PCC and Ashok Dogra, ex-MLA (Secretary) & spokesperson JKPCC reached venue of the meeting at 12 noon as per invitation but walked out and boycotted the meeting, after they found that they were invited in individual capacity.

Ravinder Sharma said that the meeting of 300 delegations by the panel in a couple of hours is an eye- wash. “The Congress party had submitted detailed objections over the draft report and pointed out glaring illegalities and irregularities in the report, which is far away from ground situation and required drastic review in the interests and convenience of the general public,” he said.

T.S. Tony, a member of the District Development Council (DDC) from R.S. Pura said he has decided against meeting the Commission. “It is not delimitation commission but a discrimination commission. We had pleaded that constituencies with Sikh majority should not be touched but the panel did the opposite to it,” Tony said.

During its meeting with the panel, a delegation of All India Jat Maha Sabha (AIJMS) sought de-reservation of constituencies having majority of Jat population/

Choudhary Manmohan Singh, president AIJMS J&K, said that he raised the concerns of the Jat community which has been completely neglected in the delimitation exercise.

He said that all border constituencies have been reserved by the delimitation commission leaving no scope for the Jat community in the polls.