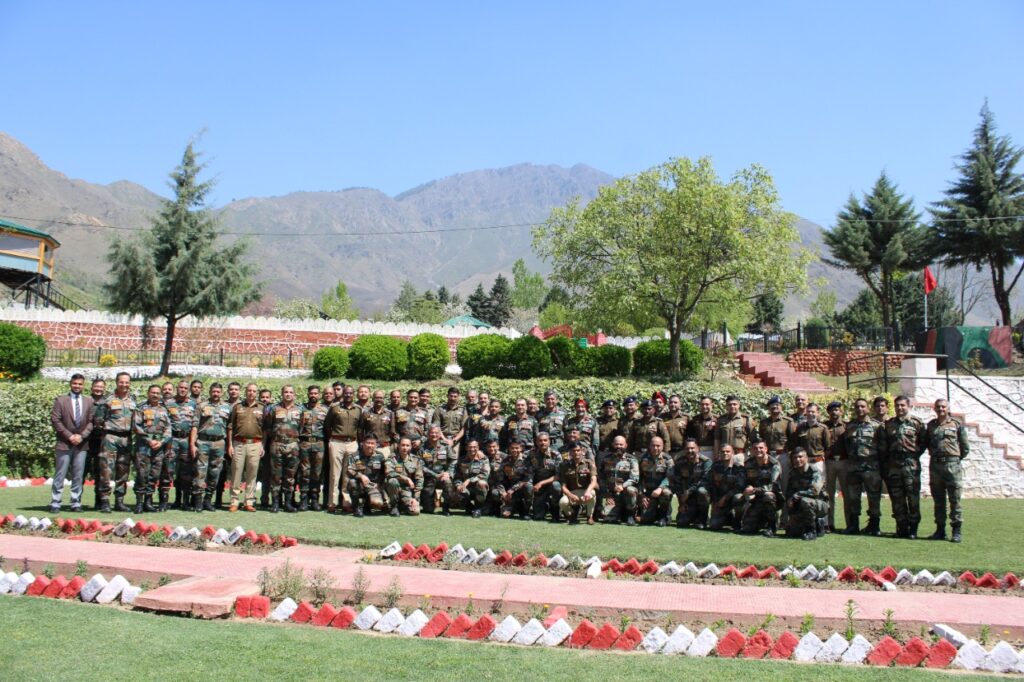 Srinagar, April 1 : Police and army held a security conference at Awantipora and prominently discussed the aspect of “secure and smooth conduct of the Shri Amarnathji Yatra in the forthcoming summer” besides other myriad issues.

Chaired by the Corps Commander of the Srinagar-based Chinar Corps,  a defence ministry spokesman based here said that the meeting was attended by all senior Army including GOCs, Sector Commanders and COs as well as senior police officers in Kashmir Division including the IGP, DIGs North, Central and South Kashmir, SSPs and SPs of all districts.

The GOC complimented all for the good work done and urged all to strive harder, the spokesperson Col Emron Musavi said in a statement.

“The recent attacks on civilians and security forces personnel were discussed in detail. The forces also voiced concern on children of young age being manipulated by people with nefarious designs with drugs and false narratives,” he said, adding, “It was also pointed out to the alarming trend of the militants taking refuge in Masjids and Madrassas prior or after the act of committing militant activities in an attempt to create communal disturbance.”

He said the issue of drug menace in the Valley and the negative effects manifesting because of it was deliberated upon. “The Corps Commander and the IGP urged the parents to reach out to their children and help arrest this regressive evil.”

He said among the myriad of issues discussed in the forum, the aspect of secure and smooth conduct of the Shri Amarnathji Yatra in the forthcoming summer factored prominently. “The yatra this year is expected to draw large number of pilgrims as it is being resumed after a gap of two years due to the COVID restrictions,” he said, adding, “The agencies deliberated on the safety measures to be put in place and synergised efforts at ensuring a smooth flow of traffic of yatris and provision of administrative and medical assistance from available resources.”