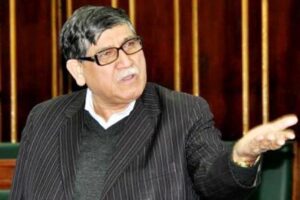 Terming the measure deplorable and callous, the party MPs said such off-hand dismissals smacks of injustice and vengeance. They said the action should not be seen in isolation, and that such terminations on one pretext or another are part of a larger design to purge people of JK from the government services to achieve the much-anticipated extinction of locals from the administration.

Deploring the action, the MPs noted that the order had left no scope for the affected parties to challenge the action in the court of law. “Executive decisions can in no case be substituted by the judiciary. The implications of such measures also come at a huge cost of disturbing work ambience in government departments and consequently affecting the work out-put as well. In the shape of such diktats, it goes without saying that the executive has overstepped its authority and undermined the due rights and privileges of employees,” they said.

The MPs also deplored highhandedness of the administration on the  protesting  of employees at Srinagar the other day. The protest march it is germane to mention was held under the banner of Jammu and Kashmir Daily Wagers and Casual Laborers Association (JKDWCA). 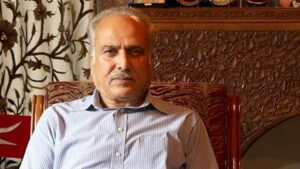 “The highhandedness of the administration against the  protesting employees  is deplorable. They were only raising their genuine demands. Last month, Home Minister, Amit Shah announced that the minimum wage act had been implemented in Jammu and Kashmir, but daily wagers continue to receive pitiful wages. Our party MPs have flagged the issue with the union finance minister both inside and outside the Parliament. We have only been receiving assurances so far. Nothing substantial has been done to redress the genuine grievances of  near 61,000 contractual, need based employees,” they said.

Expressing  grave concern over the problems faced  by these employees due to inordinate delay in their regularisation, denial of service benefits, non-payment and delayed payment of wages and payment of wages less than the minimum by wages to the daily rated and other workers, the MPs said that routine, run of the mill and half-hearted steps would not be of any help in resolving the problem and that the enormity of the problem call for major and path breaking measure so that 61000 families comprising of more than half a million people of the daily rated and other workers get much awaited relief.

The Finance Minister, they maintained, had assured the party MPs that she will discuss the matter with the Jammu and Kashmir Lt. Governor and take all necessary steps to address the problem.