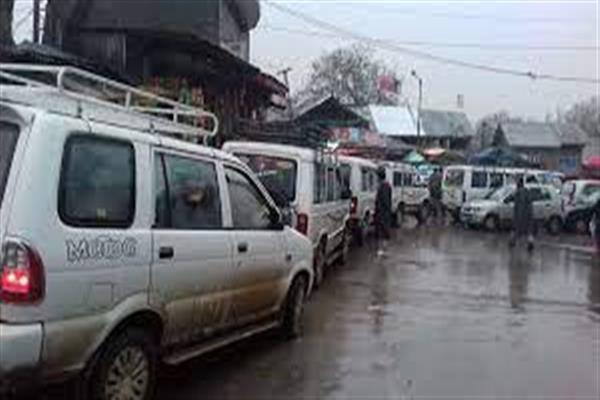 Srinagar, Mar 29: Transporters have called for “Chakka Jam” on Wednesday in Kashmir to press for their demands including rollback of reducing the age limit for commercial vehicles.

Chairman J&K transport association Shabir Matta said they want the age limit for commercial vehicles should be retained to 25 years.

The new vehicle scrap policy, which was unveiled by the Centre in August last year, has fixed 15 years age for commercial vehicles and 20 years for non-commercial vehicles to encourage adoption of electric vehicles in a bid to contain rising air pollution in the country.

“We demand revocation of the order calling for installation of vehicle tracking devices in the passenger vehicles. Order regarding collection of passenger tax which has been linked to the renewal of route permit of the vehicles should also be withdrawn,” he said.

According to Matta, the Road Transport Corporation should define routes for their buses and similarly the licence for the auto-drivers be issued.

“Many passenger/commercial vehicles have remained stranded for long and still some of them are not on the roads due to the financial losses they have suffered during COVID. Some transporters are unable to bear the financial burden and the government must come out with a financial package for them,” he added. kno