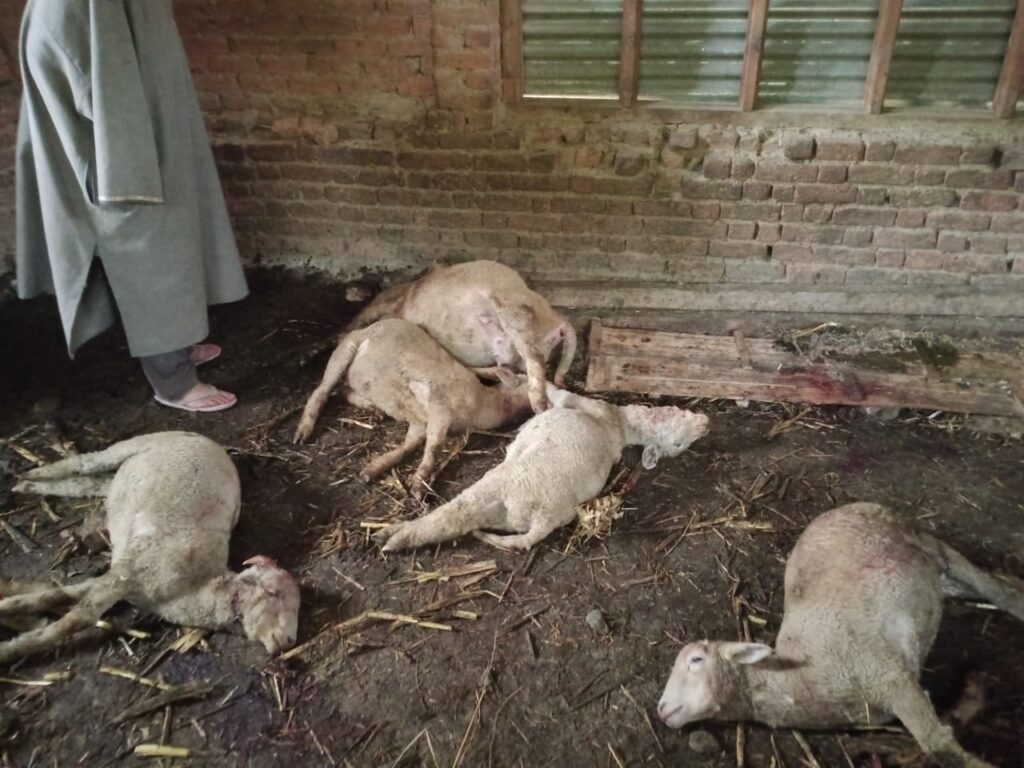 “Once I went to feed the sheep this morning, I saw many of them dead with blood lying around inside the shed” Owner of the livestock Zeeshan Gani Mir – son of Abdul Gani Mir in Mirpora village in Qalamabad of Mawer Langate said.

“There has been movement of wild animals going in and around the human habitation for quite a while now, however as evident by the nature of their injuries I guess the livestock has been attacked by a leopard only”, he said adding thirteen sheep have been killed in the incident.

When contacted, BO Langate Farooq Ahmad Pir confirming the killing of sheep said  that they have ‘dearth of manpower and equipment(s) to deal with such situations’.

When asked about the spike in the incidents, the official said that “Wildlife animals are making entry to human habitation apparently due to scarcity of food and growing deforestation.”

The villagers have in the meantime appealed to Wildlife Department officials to make efforts to contain the movement of wild animals in and around the human habitation.

They also appealed to the government to provide compensation to the owner who has lost the livestock in the particular incident. gns