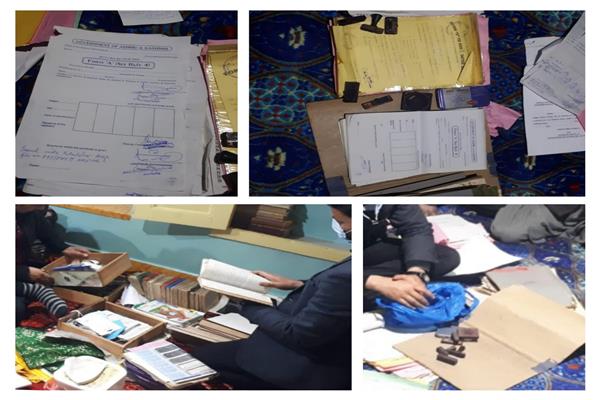 Official sources said that several individuals and organisations had filed complaints regarding fake ST certificates being issued in Anantnag.

They said that several Tribal Welfare groups had expressed their anguish on non-tribal people being appointed on various posts on the basis of fake certificates.

“The complaints pertained mainly to Tehsil Shangus where certificates had been issued to non-tribal people. Acting on specific inputs, a decoy operation was launched by the administration. An individual approached the accused for issuance of an ST certificate. On confirmation of the information, the Administration in collaboration with Anantnag police acted swiftly and a special team comprising of senior revenue officials and DySP HQ Anantnag raided the premises of the accused,” they said.

They said that while the accused was nabbed during the operation, several incriminating articles and documents were also recovered from his possession.

“Some fake social caste certificates have also been recovered. The entire operation was closely monitored by DC Anantnag himself.”

It is in place to mention that ST certificates are mandatory to receive benefits under various welfare schemes like PMAY houses, Scholarships, jobs, etc.

Meanwhile, an official said that police have registered a case in the regard under relevant sections of law, while further investigation is going on.

He said that as per preliminary investigation,, the accused was privy to information that records related to tribal population had been lost during 2014 floods and had used this lacunae to further his own interest. (kns)