Tulip garden likely to be thrown open after Mar 20 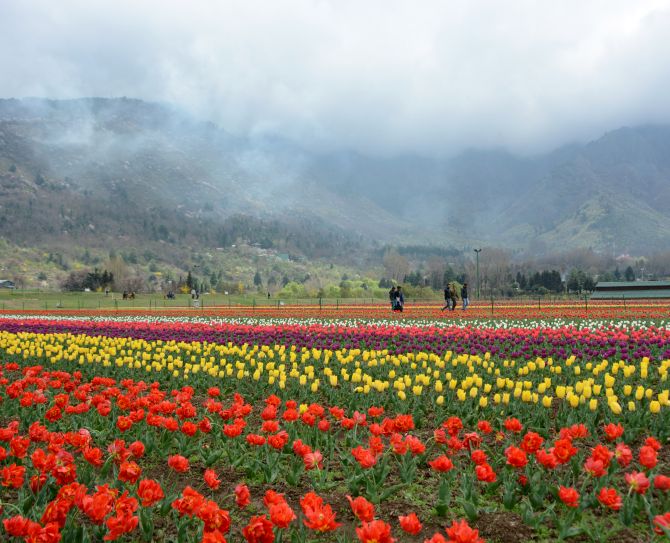 Srinagar, Mar 12: The Asia’s largest tulip garden would likely be thrown open after March 20 while the authorities informed that no date has been decided so far with regard to reopening the picturesque garden as deliberations are on.

Officials said that Commissioner Secretary, Parks Gardens and Floriculture, Sheikh Fayaz Ahmad held a meeting today in which the Director Floriculture Farooq Ahmad Rather and other officers were present.

The officers visited the park today to take necessary steps, they said, adding that the officers have decided to announce the dates for opening the Tulip garden in coming days. They said the tulips are not in bloom at present and it would take some more time to see tulips bloom in the garden.

However, the officials also said that the reopening of Tulip garden depends upon the weather conditions, but it is likely that the garden will be thrown open for the visitors after March 20.

The other arrangements like tulip festival and others will be made once the date for reopening of the garden is decided.

Meanwhile, Director Floriculture Farooq Ahmad Rather when contacted said that the exact date for opening the garden has not been decided yet. kno