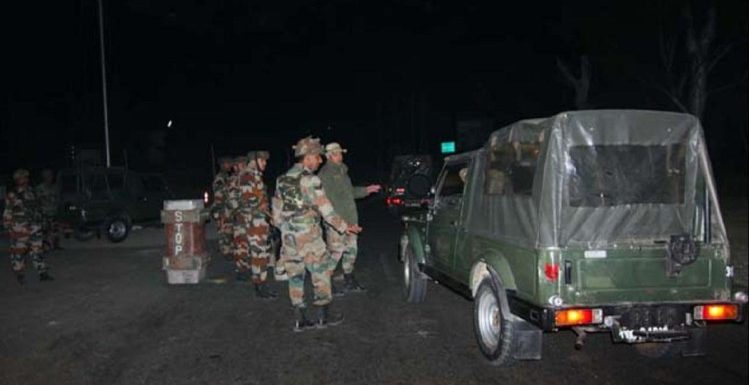 The slain include two militants from Jaish-e-Muhammad and one each from LeT. One militant was also captured alive in one of the encounters.

Inspector General of Police (Kashmir range ) Vijay Kumar said that four to five anti-militancy operations are launched on Friday evening in which two militants of JeM were killed in Pulwama, one LeT militant in Ganderbal and one LeT militant in Handwara.

“All encounters are in progress while another encounter is likely to place as well,” the IGP said.

The encounters come close on the heels of Hazratbal shootout in which one foreign militant was killed and two others managed to flee and also a day after a Sarpanch was killed in Kulgam district of South Kashmir.

Jash-e-Mohammad Commander was among two militants killed in a gunfight in Chewaklan Pulwama where a one person also sustained injuries in right leg, officials said on Saturday. In all four militants were killed in overnight gunfights and two of them from Lashkere-Toiba were killed in Ganderbal and Kupwara districts, police said. Also one militant has been arrested alive, IGP said .

“Pakistani (militant) killed in Pulwama encounter has been identified as JeM commander Kamaal Bhai alias Jatt,” the IGP said. Jatt was active since 2018 in Pulwama-Shopian area and was involved in several cases, the IGP said.

Sources said that one person Zahoor Ahamd Shergojri of Chewakalan Pulwama received bullet injury in his right thigh and has been admitted to district hospital Pulwama.

The militant killed in Handwara area of north Kashmir’s Kupwara district has been identified as Suhail Gulzar of Kulgam, officials said.

The “militant” killed in Handwara has been identified as Suhail Gulzar from Turigam Kulgam. Police said he had recently joined militant ranks.