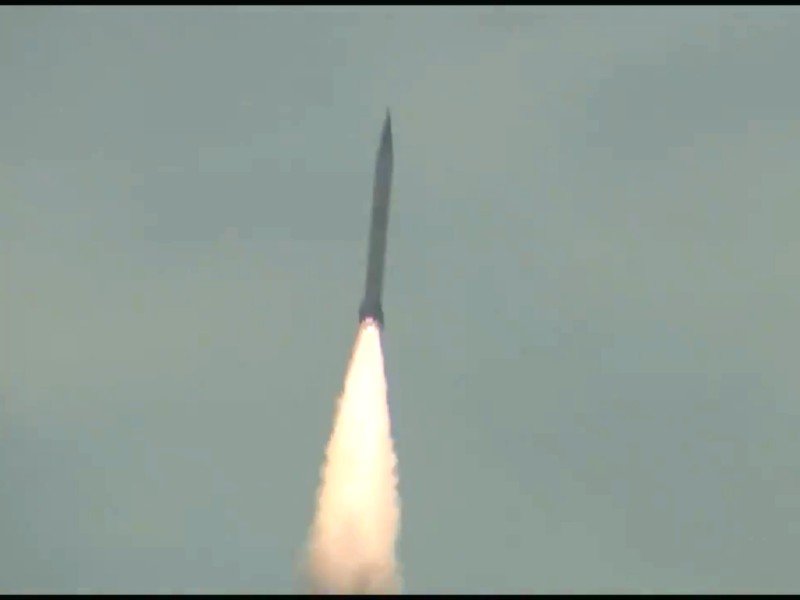 Srinagar, March 11: The Indian Defence ministry  has said that during a routine maintenance, a missile was accidentally fired into Pakistan.

“On 9 March 2022, in the course of a routine maintenance, a technical malfunction led to the accidental firing of a missile,” a statement issued by the defence ministry  stated.

“The Government of India has taken a serious view and ordered a high-level Court of Enquiry. It is learnt that the missile landed in an area of Pakistan. While the incident is deeply regrettable, it is also a matter of relief that there has been no loss of life due to the accident”.

The statement has come after Pakistan army in a news conference revealed that that an unarmed “high-speed flying object was fired from India’s Sirsa area into Pakistan that landed in Punjab province’s Mian Chunnu on Wednesday. It was initially thought it might be a plane crash”.

“On 9 Mar 2022 at 6:43 PM a high-speed flying object was picked up inside Indian Territory by Air Defence Operations Center of PAF. From its initial course, the object suddenly maneuvered towards Pakistani Territory and violated Pak Air Space ultimately falling near Mian Channu at 6:50 PM also damaging some civilian property.”

“Thankfully, no loss or injury to human life was caused,” he added.

He said Pakistan Airforce continuously monitored the complete flight path of the flying object from its point of origin Sirsa in India till its point of impact near Mian Channu and initiated requisite tactical actions in accordance with SOPs.

“It is important to highlight that flight path of this object endangered many International and domestic passenger flights both in Indian and Pakistani airspace as well as human life and property on ground,” Major General Babar said.

“Whatever caused this incident to happen, it is for the Indians to explain. It nevertheless shows their disregard for aviation safety and reflects very poorly on their technological prowess and procedural efficiency. The incident could have resulted in a major aviation disaster as well as civilian casualties on ground,” he said.