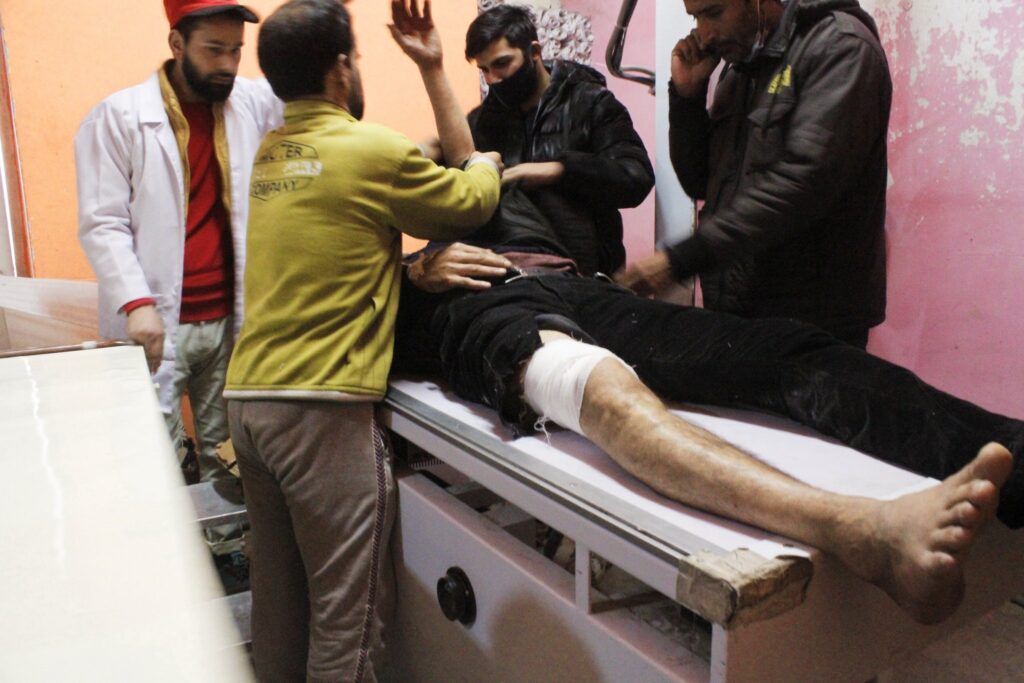 Srinagar, Mar 10: Bank guard was injured when suspected militants fired upon him in Muran Chowk of Pulwama on Thursday. The militants also fled away with his service rifle, officials said.

They said that the militant attacked the bank guard and he suffered injuries in right leg.

The bank guard, Abdul Hameed Wani of Tahab, was hospitalized while entire area was immediately cordoned off by police and army, a police officer said

“(Militants) fired upon and injured a bank guard identified as Abdul Hameed Wani of Tahab Pulwama at Murran Chowk area of Pulwama and snatched his 12 bore rifle,” a police spokesperson said in a statement issued in the evening. “The condition of the injured is stated to be stable,” he said, adding,. The area has been cordoned off and search in the area is in progress.” He said that a case has been registered and “investigation is in progress.”  gns