Nadda arrives in Jammu, directs to speed up the election preparations in JK by year end 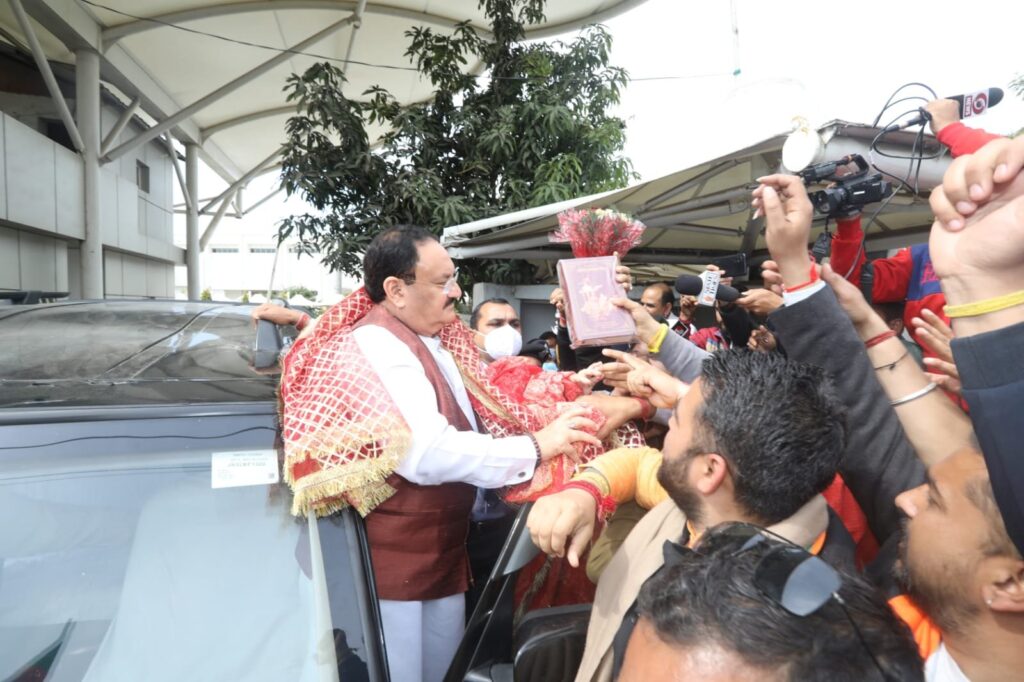 Jammu  07-Mar:  Bhartiya Janta Party’s (BJP) National President JP Nadda arrived on a one-day visit to Jammu on Monday to meet senior leaders of the party’s core group to discuss strategy and preparations for the assembly polls in J&K by year end.

This is his first visit to the Union Territory in over two years. This is also the first visit since he was made president of the BJP. The BJP National President, who reached the Jammu airport around one o’clock in the afternoon, was warmly welcomed by the workers of Bharatiya Janata Yuva Morcha.

Nadda was to reach Jammu by special aircraft around 11:30 am. Due to some technical issues, he could not reach here on time. He reached Jammu airport around 1 pm. He was welcomed by the Minister of State in the Prime Minister’s Office, Dr Jitendra Singh and other senior leaders of the State BJP at the technical airport.

Excited by Nadda’s first visit to Jammu, Bharatiya Janata Yuva Morcha workers organized a rally from the airport to Hari Niwas in the afternoon to lead him. After that he left for Katra from there at 1.30 am. After visiting Shri Mata Vaishno Devi Nadda  held meeting with BJP leaders at 4 pm.

Party sources said that the leadership wants to use the increase of assembly seats in Jammu and slew of other measures including financial assistance to West Pakistan Refugees, reservation in jobs for people living close to the IB and economically backward class to woo voters in Jammu region.(CNS)