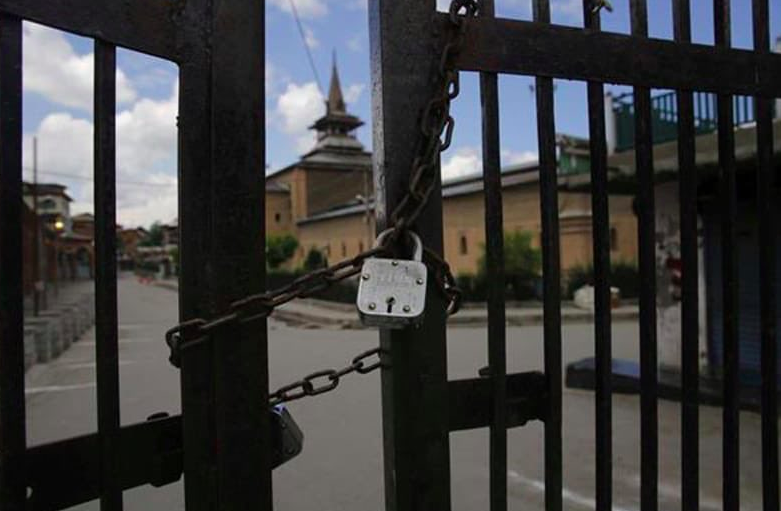 Srinagar, Feb 25: Today is the 30th Jummah Mubarak and the last ten days of the holy month of Mehraj-Ul-Alam, the Ascension of the Prophet (SAW) are going on, “still the authorities while continuing with their dictatorial attitude did not allow the Muslims of Kashmir to perform important duties like Friday prayers at the largest place of worship in Jammu & Kashmir – the historic central Jama Masjid Srinagar”, Anjuman Auqaf said on Friday.

In a statement, Anjuman Auqaf termed this behaviour of the authorities as extremely regrettable and reprehensible and said that on the one hand such acts constantly hurt the religious sentiments of Muslims and on the other hand this attitude amounts to sheer interference in the religious affairs, against which the reaction and anger of the people is increasing day by day.

The Anjuman Auqaf has appealed to the influential religious organisations, Ulemas, Mashaikhs and Imams to raise their voice against the biased attitude of her authorities towards Jama Masjid.

It termed the continuous closure of the central Jama Masjid and keeping the Anjuman head Mirwaiz Umar Farooq under house arrest for more than two and a half years as illegal and immoral.

It also expressed hope that the Mirwaiz would be released on the occasion of Mehraj-Ul-Alam so that he can directly convey the universal message of the philosophy of Me’raj-un-Nabi (SAW) through his sermon in the centuries-old-traditional style of the Mirwaizeen to the people of Kashmir.