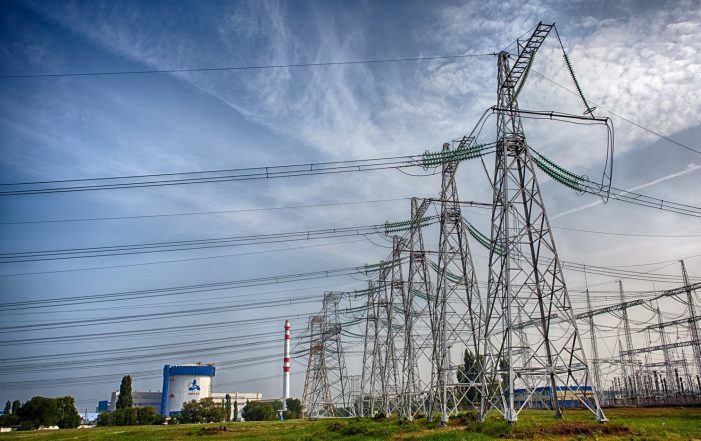 SRINAGAR, FEBRUARY 24:The Jammu and Kashmir administration has set its target to harness the hydro power potential of the region in order to make J&K a power surplus in next five years, according to the statement issued by the UT administration

In order to achieve this target, the administration has taken several path breaking reforms in the power sector which will change the dynamics of power sector here.
Tapping 20,000MW Power Potential
In the past 70 years, the statement said only 3500 MW out of the potential of 20,000 MW had been harnessed in Jammu and Kashmir. Once the entire potential is exploited, J&K will have surplus power and can be an energy exporter.
However in the last two years alone, the projects for about 3000 MW capacity projects have been revived and subsequently put on track for operationalization, the statement added.
Reforms in Power Sector
In the year 2020, the J&K Government had constituted a four member task force on power sector reforms for implementation of the initiatives, schemes and relief measures under the Atma Nirbhar Bharat Abhiyan.
The initiatives included Rs 90,000 Crore liquidity infusion to Distribution Companies (DISCOMS) as a concessional loan offering by Power Finance Corporation (PFC) & REC Limited; tariff policy reforms encompassing consumer rights, promotion of industry and sustainability of power sector and distribution reforms in power sector.
Reforms in the power sector were rolled out in the UT in 2019, with the formation of separate transmission and distribution corporations for Kashmir and Jammu divisions.
Subsequently, the existing employees of the J&K government’s Power Development Department (PDD) were moved to these corporations.
Execution of New Hydo Eelectric Projects
New projects of 3300 MW have been planned which include: four projects of Kirthai II (930 MW), Sawlakote (1856 MW) ,Duhasti stage II (258 MW) and Uri-I stage II (240 MW) to be executed soon.
Also, back in January 2021, in a historic moment for energy sufficiency in Jammu and Kashmir, Memorandums of Understanding (MoUs) were signed for implementation of much awaited Mega Hydro Power projects, including 850 MW Ratle HEP and 930 MW Kirthai-II HEP.
On that occasion, the Lieutenant Governor, Manoj Sinha said that the vision of the Government was to harness the hydro energy resources of J&K with a goal to double the energy generation by 2024 and also to prepare a strategy for efficiency through policies, monitoring mechanisms to ensure energy security for economic and social benefits.
Transmission System Strengthening
On the transmission front, Rs 7500 Crore are being invested on system strengthening projects which include 1000 MVA transformation capacity already added at 220 KV level; Creation/argumentation of six 220/132 KV Grid Stations and 875 MVA transformation capacity added at 132 KV level.
While strengthening the distribution system, 190 numbers of 33/11 KV receiving stations are either created or augmented. Similarly, 5,742 new DTs have been installed and also 10 projects which were held up/languishing for nearly a decade were revived and completed like Draba-Chandak line and Hiranagar-Battal line.
Under Smart Prepaid Metering project, 40% of energy consumed will be metered via smart meters by March 2022 during which two lakh meters will be installed while as and eight lakh meters will be installed by March 2023 across the UT.