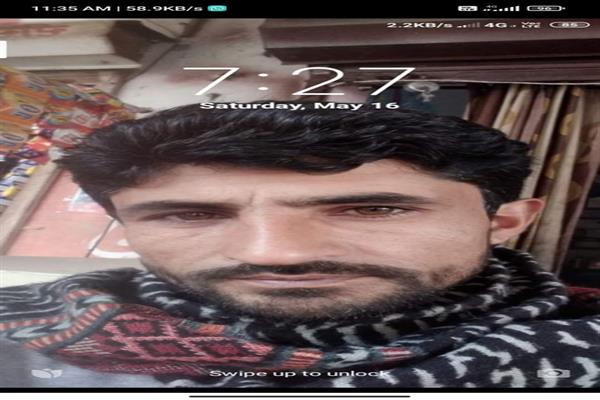 Srinagar, Feb 19: Punjab Police has arrested two persons including a lady for murdering a businessman from north Kashmir’s Kupwara district, who was found dead under mysterious circumstances on Friday morning in Firozpur area of Punjab.

As per a statement  by District Ferozepur Police, it has arrested the accused while exposing the blind murder of Kashmiri youth within 24 hours.

The statement said that Mohammad Amin Beg, son of Mohammad Rustam of village Sarajpura, police station Vesgas Handwara, district Kupwara (Jammu and Kashmir) had informed the police that he and other resident of his village have been coming to Ferozepur city for about 20 years to sell warm clothes.

“This year too he is living on rent in Khanuwali Basti along with his friends and working to sell warm clothes by cycling in two different villages. He was accompanied by Mushtaq Ahmed Mir, son of Habibullah Mir of Siraj Pura Tehsil, Handwara district,” the statement added.

A case under number 36 dated 18-02-2022 against 302 Bhad Police Station Sadar Ferozepur was registered by the Chief Officer Sadar Police Station Ferozepur against unknown persons on the basis of the above information.

A team headed by Jagwinder Kumar, Deputy Captain of Police (Inv.) Ferozepur and Inspector Jagdish Kumar in charge of CIA Staff, Ferozepur  was formed, it said, adding that the team formed was thoroughly investigated by different teams to trace the unidentified culprits and technical, scientific methods were used.

It added that a motorcycle under number PB-66-A4699 Bajaj Paltina, Photo copy of late Mushtaq Ahmed’s bicycle purse along with cash, Bhagjat and Aadhar card 045 were recovered. kno