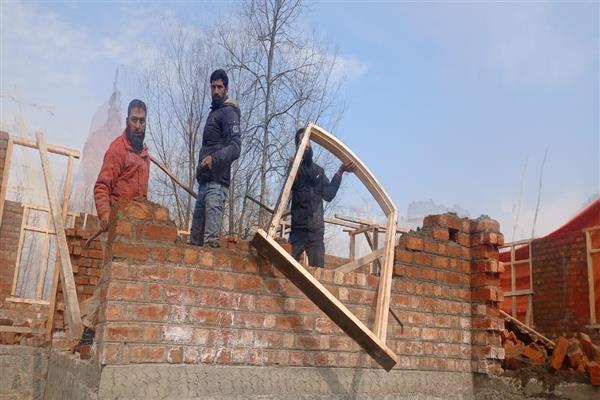 Srinagar February 18: In order to curb the raising of illegal structures both commercial and residential in the city, Srinagar Municipal Corporation (SMC) Enforcement squad is continuously carrying out demolition drives across the Srinagar city.

According to a statement, since January 1st till date at least 150 illegal structures in various wards of the city have been pulled down by the Enforcement wing including the deviated structure, removal of plinths at initial level and other illegal structures in form of shops and encroachments on Government lands.

Besides demolition drives an anti encroachment drives are regularly being taken up in the city.

Commissioner SMC in this regard has directed the field staff not to allow any structure coming up without permission and keep a tight vigil on constructions taking place in accordance with permission so that not deviation also takes place.