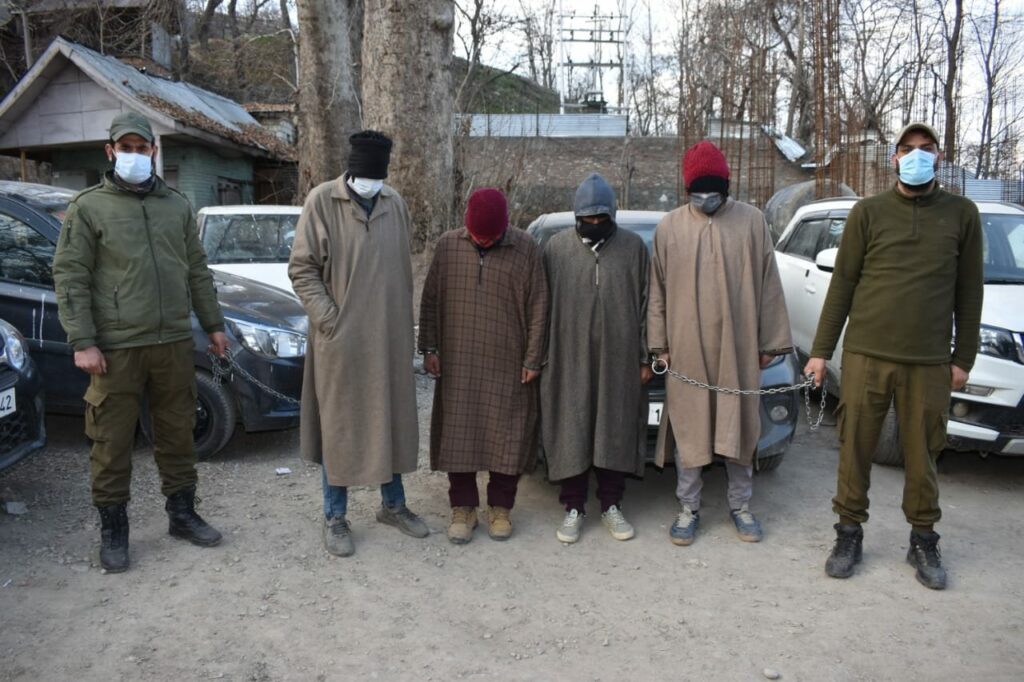 Srinagar, Feb 15: Jammu and Kashmir police on Tuesday claimed to have busted an Inter District Gang of vehicle lifters and arrested four accused persons involved in the commission of crime in Budgam district, besides recovered 11 stolen vehicles from their possession.

A police spokesman in a statement  said on 09-02-2022, Police Station Budgam received an information that a group of car jackers/thieves is operating in Budgam area who are involved in car theft in district Budgam and other parts of Kashmir valley and also from outside the UT of J&K.

The modus operandi of the said gang is to do the car theft, change their registration numbers (sometimes even change the body colour of stolen vehicle), prepare fake/forged documents and then sell the car on cheaper rates, police said.

After preliminary verification of the information, a case under FIR number 28/2022 under relevant sections of law was registered at Police Station Budgam and investigation was set into motion, police said.

“During the course of investigation, police party of Police Station Budgam raided various places/locations in the district and arrested four accused persons involved in the commission of the crime. They have been identified as Firdous Ahmed Beigh son of Abdul Rashid Beigh resident of Nasrullahpora Budgam, Ajaz Ahmed Mandoo son of Bashir Ahmed Mandoo resident of Rawalpora, Irshad Ahmed Bhat son of Mohammad Sultan Bhat resident of Bugroo Khansahib and Reyaz Ahmad son of Abdul Gani resident of Nasrullapora Budgam.”

On their disclosure, 11 stolen vehicles including one Hyundai Creta, two Vitara Brezza, one Alto K-10, three Alto 800, one Maruti Baleno, one Skoda, one Motor Cycle Pulsar and one Motor Cycle Honda were recovered.