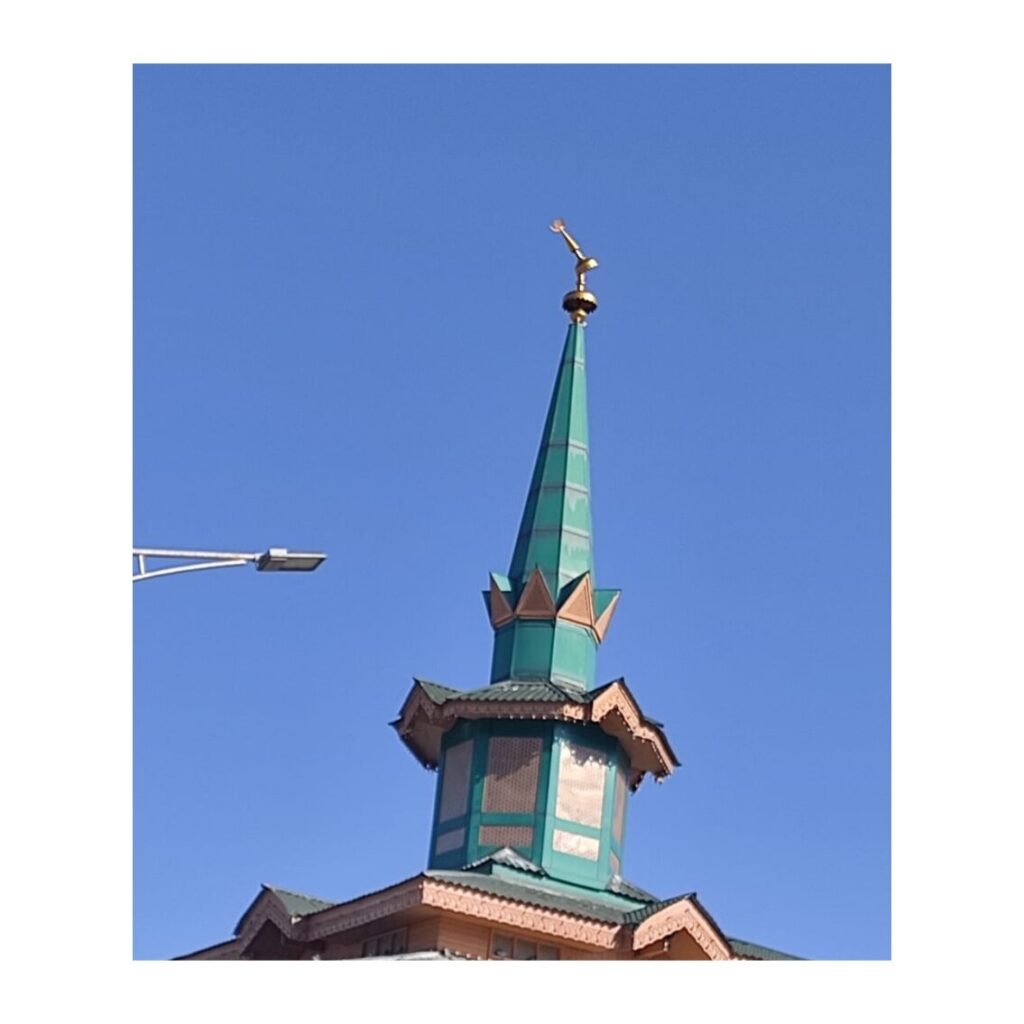 Officials said  that the tremors that were felt at around 09:50 AM in Kashmir was 5.7 in magnitude and its epicenter was at a depth of 210 kilometres in the Hindu Kush Region, Afghanistan.

However, the minaret of Charar-e-Shareef shrine got tilted in the earthquake.

Administrator Waqf board Charar-e-Sharief said the crown at the minaret of the shrine got tilted and lost its original shape due to the strong tremors felt across Kashmir.

He said that there is no major damage to the shrine.

However, he said that with the help of administration and locals, the work has been started to fix the tilted minaret.