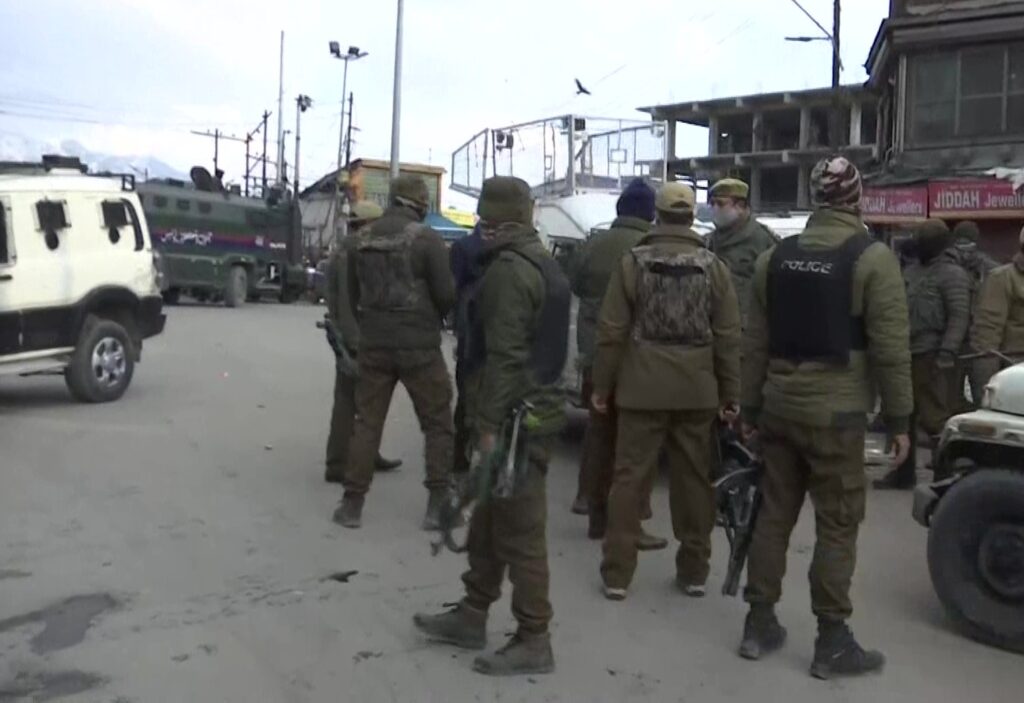 Srinagar, Feb 01: A policeman was shot at by unknown gunmen in Amshipora area of South Kashmir’s Shopian district on Tuesday evening.

An official said that suspected militants shot at a cop in Amshipora who received injuries and has been shifted to hospital in critical condition.

He identified him as Shabir Ahmad Wagay son of Gh Hassan Wagay resident of Amshipora Shopian. He added that the area has been cordoned off to nab the attackers.

A police spokesman in a statement said that at 5:45 pm, Shopian Police received information about an incident at Amishijipora area of Shopian where militants had fired at a Police man. Senior police officers reached at the terror crime spot, he said.

“Officers attending the crime spot learnt that ASI Shabir Ahmad was shot at by the militants while he was coming back from mosque after prayers in his native place Amishijipora area of Shopian. In this incident, he had received gunshot injuries and was immediately evacuated to nearby hospital where from he has been referred to Srinagar hospital for specialized treatment. The condition of the injured official is said to be stable,” the spokesman said.

He said that Police have registered a case in this regard under relevant sections of law. “Investigation is in progress and officers continue to work to establish the full circumstances of the crime incident. Area has been cordoned and search in the area is going on,” the spokesman said. kno