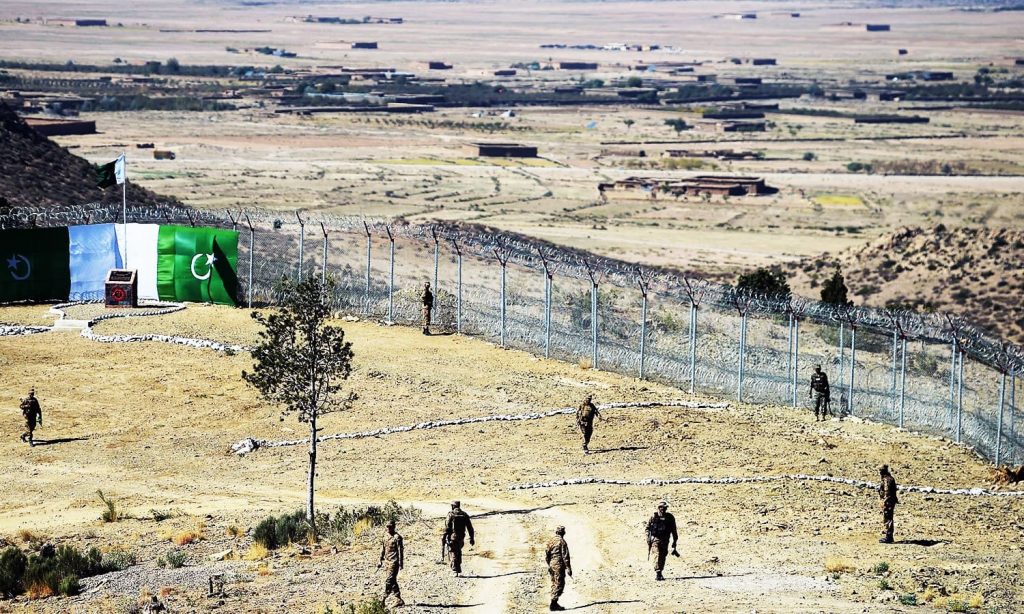 Kabul: The Islamic Emirate is forming a joint committee comprised of several ministries to address the problems along the Durand Line, officials said on Monday, Tolo news reported.

The announcement follows the visit of Pakistan’s National Security Advisor visit to Kabul.

The decision for the formation of the joint committee was made in a meeting chaired by the Second Deputy of Prime Minister, Abdul Salam Hanafi.

“The objective of the joint committee is to resolve the problems along the Durand Line and address the security issues that may potentially occur in the future–or have already happened in the past–these issues should be solved via understanding,” said Inamullah Samangani, deputy spokesman for the Islamic Emirate.

A Pakistan delegation led by NSA Moeed Yusuf returned to Islamabad on Sunday evening after holding talks with several officials of the Islamic Emirate in a two-day visit.

The Pakistan Foreign Ministry said in a statement that the objective of the visit was to discuss Pakistan’s proposals for deepening economic engagement.

“During the visit, Pakistan offered Afghanistan capacity-building and training support in multiple sectors including Health, Education, Banking, Customs, Railways and Aviation, among others. Both sides also reiterated their commitment to early completion of the three major connectivity projects, CASA- 1000, TAPI, and Trans-Afghan Rail project,” the statement read.

“We should have established a committee that works on the removal of fencing. This is an issue that will not be solved via the formation of joint committee. This issue belongs to the decision of Afghans on both sides of the Durand Line,” said Ahmad Khan Andar, a political analyst.

The Pakistan military’s move to build fencing along the Durand Line has continually sparked reactions from Afghanistan.

Earlier, a video circulating on social media showed the forces of the Islamic Emirate engaged in a dispute with Pakistani militias over the fencing of the Durand Line.  (Tolo news)