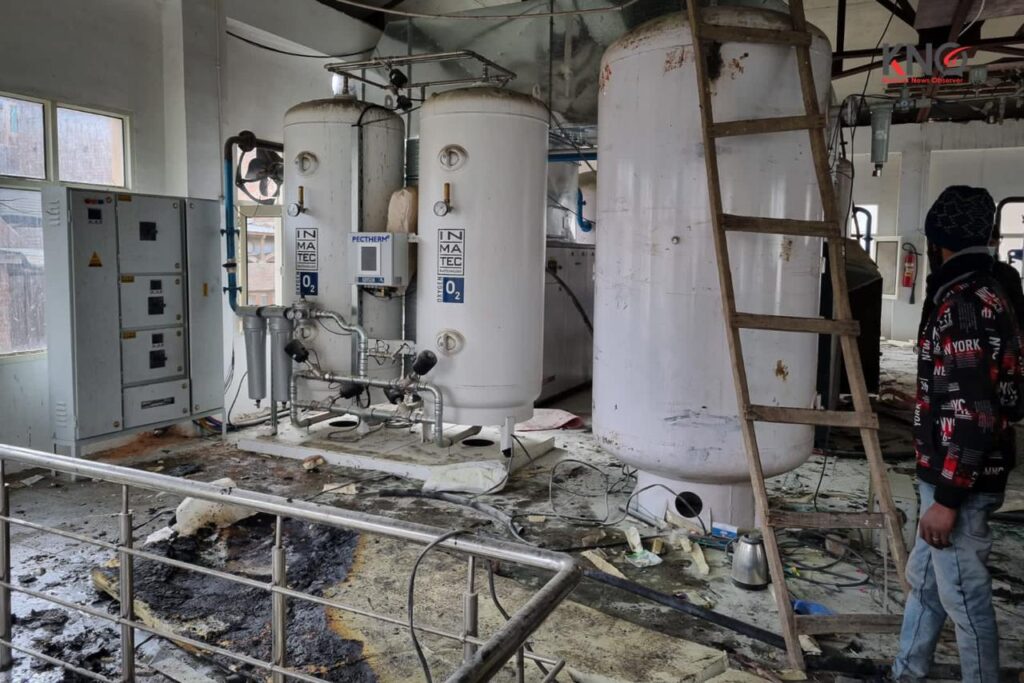 Deputy Medical Superintendent of JLNM hospital Dr Bilques Shah said that a major fire incident was averted as an Oxygen plant at the rooftop caught fire while welding work was going on.

She said that during the welding work, a PVC sheet of the rooftop caught the fire following which four employees of the hospital successfully managed to avert a major fire tragedy at the hospital, but added they suffered minor injuries while dousing the flames.

It was due to the timely efforts of these employees that no loss of property was reported during the incident, adding that the condition of all injured employees is stable. kno