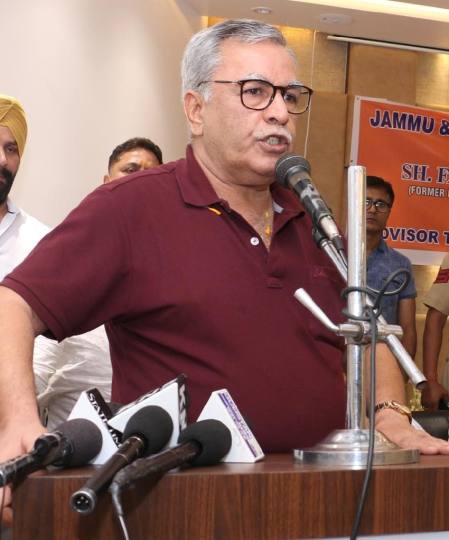 Srinagar, Jan 14: Advisor to LG, Farooq Khan today said that order issued with regard to performing of yoga and surya namskar to celebrate Makar Sankranti is not binding on all.

Khan reacted after the government came under sharp criticism for issuing a circular asking students and faculty members to perform yoga and surya namskar to celebrate Makar Sankranti on 14 January.

“Whosoever wants to do it, can do, the order is not binding on all. Please don’t give it religious colour,” Farooq Khan  told reporters here in Kashmir capital Srinagar.

He said there is no force as nowhere in the government order is mentioned that it is binding on all.

Mehbooba Mufti too had reacted saying: “GOIs PR misadventures aim to demean & collectively humiliate Kashmiris. Forcing students & staff to perform suryanamaskars by issuing orders despite their obvious discomfort with imposition of something laden with religious connotations gives an insight into their communal mindset.” knt