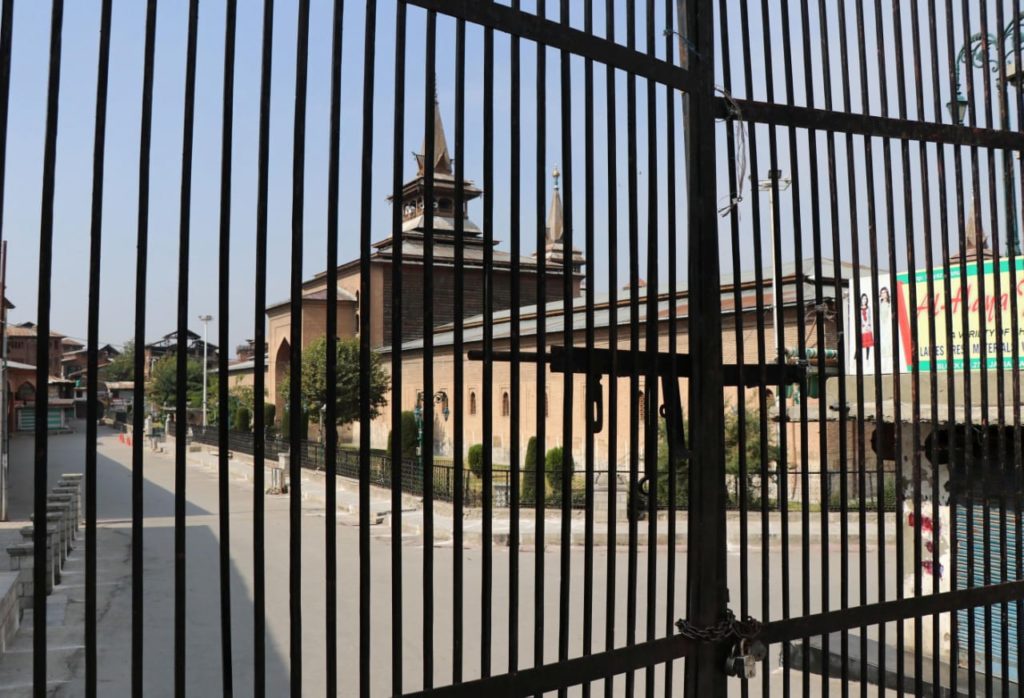 Srinagar, Jan 14: Anjuman Auqaf Jama Masjid Srinagar said that today again the authorities, while demonstrating their dictatorship and arbitrariness, hurt the people’s sentiments by preventing them from fulfilling their religious obligation of praying at the J&K’s largest spiritual centre and place of worship – the historic Jama Masjid Srinagar.

In a statement, the Anjuman said it is the 24th consecutive Friday when the pulpit and mihrabs of the Jama Masjid were kept silent and also the religious obligation like Jummah prayers could not be performed.

The Anjuman termed it highly unfortunate that while Friday prayers are allowed in all mosques, Khanqahs and imambarahs Jama Masjid continues to be selectively targeted while barring Juma Pearys’ which is a tragedy.
This double standard of the rulers is beyond the comprehension of the people, it added.

Expressing strong resentment over the continuous incarceration of its head and the topmost leader of the people, Mirwaiz Umar Farooq who is under house arrest since 5 August 2019, the Anjuman said such an act is not only a gross violation of human rights but also an extreme lawlessness.

The Anjuman has appealed to all civilized nations to use their influence to pressurize the Government of India to open the Jama Masjid of Kashmir for Friday prayers and to ensure the release of Mirwaiz-e-Kashmir. knt