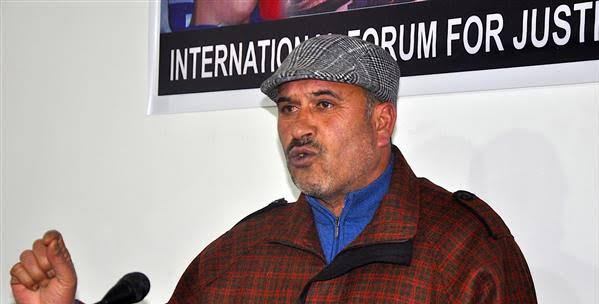 He said these “known secessionists, who are accused in several cases along with Ahsan Untoo are actively spreading hatred against the Union of India on the social media platform.”

“By spreading false propaganda, disinformation campaign and hate speech through these social media spaces, Ahsan Untoo is not only threatening to disturb the prevailing peaceful atmosphere of UT of J&K but spreads disaffection, ill-will and disharmony against the Union of India,” the spokesman said, adding, “He is also actively spreading the terrorist secessionist agenda and is thus inciting youth to resort to violence and indulge in unlawful activities.”

The activities by Ahsan Untoo, he said, “amounts to commission of cognizable offence by him.”, “Accordingly Srinagar Police while taking the cognizance matter registered a case against him under relevant sections of the law,” the spokesman said, adding, “The investigation into the matter has been initiated and accused has been arrested who is on Police remand. Further action under law shall follow.”